GOSSIPONTHIS.COM Crime Mom of 2 Shot & Killed in Front of Kids By Boyfriend... 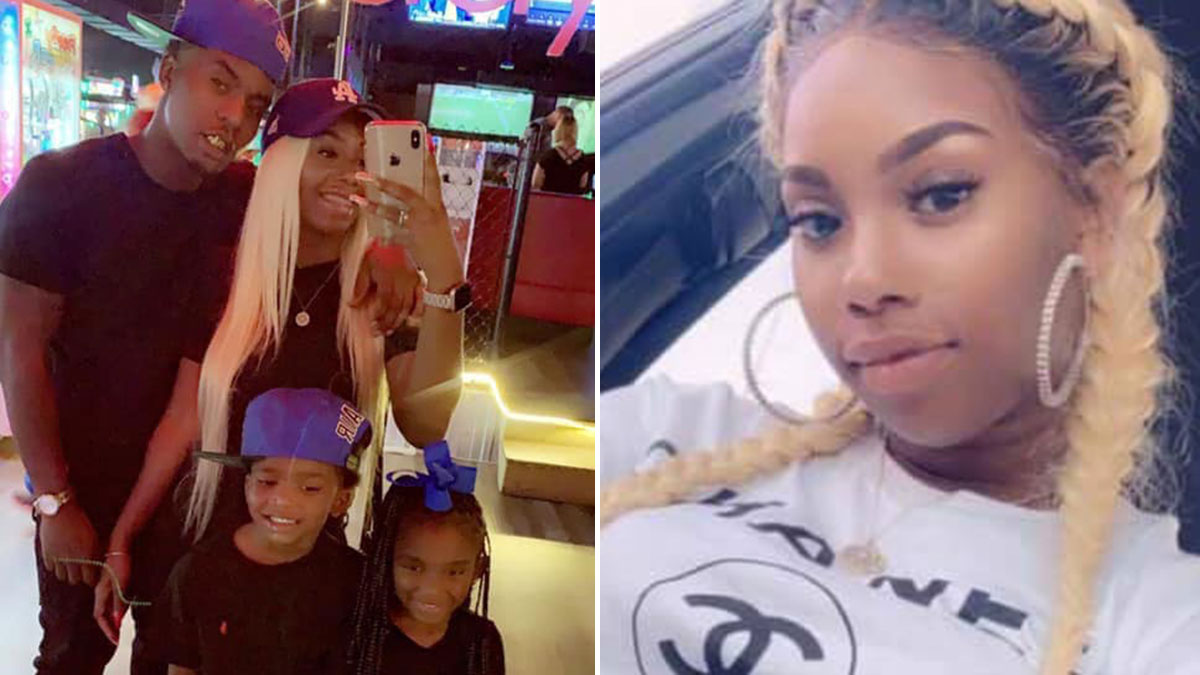 The shooting death of an Alabama woman who was killed in front of her kids by her boyfriend is making headlines as police investigate the incident as a murder-suicide.

Jasmine Fields, a 26-year-old mother of two, was shot and killed by her ex-boyfriend, Tyvontae Johnson, on Thursday (Oct.3) at a home in Whistler as her young children watched.

Here are some things to know about Jasmine and her tragic death.

Although police haven’t confirmed this, Jasmine’s family told the news that Tyvontae shot and killed her before turning the gun on himself.

Jasmine’s family also said that he killed her in front of her two young children, ages 7 and 5.

A third person was said to be injured in the shooting, but was recovering at the hospital.

Police released the following statement about the murder-suicide:

On 10/3/2019 @ approximately 12:19 hrs, officers responded to 2927 Bellmeade Dr, in reference to shots fired in the area. Upon their arrival at this location, it was quickly observed that there were multiple victims suffering from gunshot wounds.

A black male subject (Tyvontae Johnson) and a black female subject (Jasmine Fields) were both pronounced dead on the scene, while a third victim was transported to USA Hospital for treatment of a gunshot injury to the chest.

Upon speaking with several witnesses, this incident appears to be Domestic related, and will probably be investigated as a “Murder/ Suicide.”

We will also be seeking counseling through Mobile Child Advocacy Center (CAC) for the female victims (2) young children, who were inside the vehicle at the time this incident happened, and watched their mother get gunned down. The case is still ongoing.

2Alleged text messages of Jasmine Fields’ accused murderer Tyvontae Johnson saying he was going to kill her were released on the Internet.

A disturbing text message thread in which Jasmine’s Field’s ex-boyfriend Tyvontae Johnson tells his cousin that he is about to kill her has been getting around on Facebook.

In the text messages, Tyvontae’s cousin tries to convince him that killing her isn’t worth it and to reconsider his decision.

The cousin even brings up Jasmine having two kids in the conversation and tells his cousin to just leave the relationship.

However, Tyvontae makes it known several times during their text conversation that his mind was made up and that he felt like he had no choice but to take Jasmine’s life.

Jasmine’s family also said that she had issues with Tyvontae in the past.

3Jasmine’s friend, Sameka Stabler, tried to save her.

According to Fox10, the third victim in the shooting is Shemeka Stabler. She was hospitalized for a gunshot wound to the chest.

Shemeka is also being called a hero in the shooting.

Jasmine’s sister Tajuana Fields told the news station that Shemeka tried to save Jasmine’s life and stop Tyvontae Johnson from killing her.

While attempting to do this, she was shot herself.

“She tried to stop him while he was trying to shoot her,” Tajuana Fields said. “She jumped in front and he shot her first before he chased my sister down and shot her down.”

Prichard Police said they weren’t sure when or where Stabler was shot, but she was found in a Toyota Camry on the side of an interstate in Mobile Wednesday afternoon (Oct. 23) with several bullet wounds in her upper torso area.

She was rushed to the hospital where she was pronounced dead. Police said they believe Stabler was driving to a hospital after she was shot.

Investigators said Stabler was able to identify 19-year-old Tremaine Johnson as her killer before she died. He has since been charged with her murder.

Prichard Police said Tremaine is the brother of Tyvonte Johnson.

5Jasmine was said to be a fun person who was a joy to be around.

Fields also spoke on when she heard the news about her sister’s death.

“We received a call almost close to 1:00 that my sister was deceased, laying on the ground where her former boyfriend had killed her and he killed himself,” Tajuana told Fox10.

Tajuana said that all she could do was hope that the news was not true.

“Lord, let this not be true. Lord, let it be a joke,” she said kept going through her mind.

She also revealed that Tajuana’s children saw her being killed and are still messed up by the tragic incident.

“My little niece, she’s crying saying, ‘My mom, my mom, he shot my mom and I loved her so much,'” Fields said. “And my nephew, he’s just been crying and he’s actually been sleeping a lot.”

6A GoFundMe page has been set up for Jasmine’s kids and to help cover burial costs.

Jasmine’s family has made a GoFundMe page to raise money for her burial and to help support her two kids.

“She leaves behind two beautiful kids, whom witnessed this terrible tragedy. Jasmine Fields was loved by many. She had a bubbly spirit, and was beautiful, inside and out.

“Our family has set up a GoFundMe account for those who wish to donate to this tragic situation. We greatly appreciate your support and prayers.”

Jasmine’s two children will be getting counseling through the Mobile Child Advocacy Center after witnessing the tragedy.