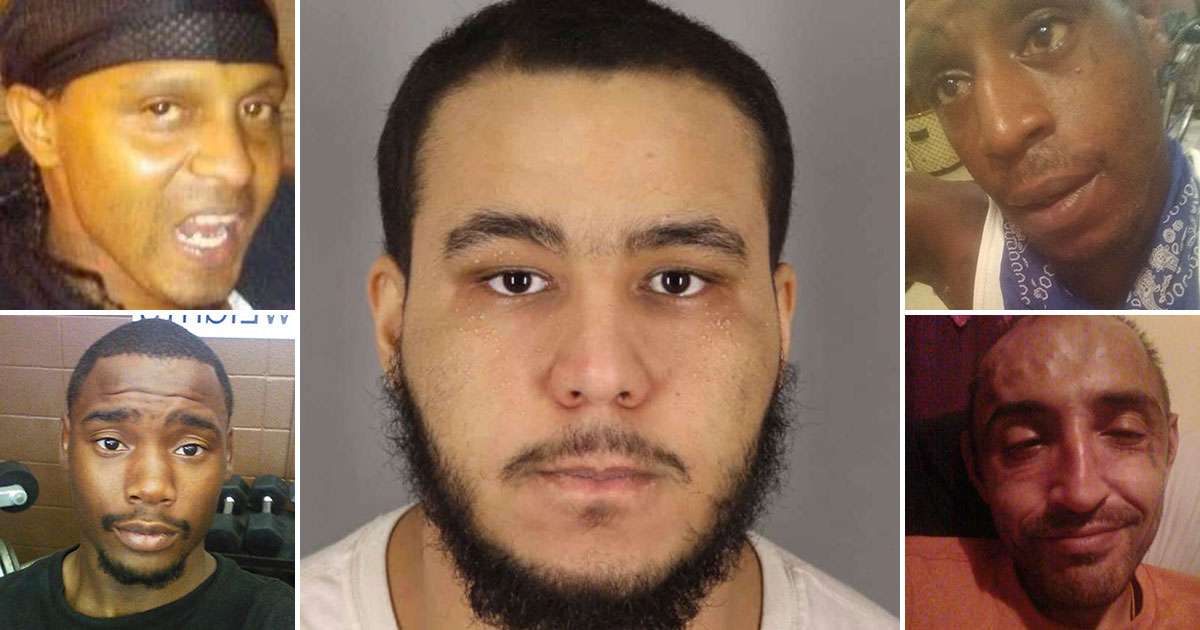 A Texas man is facing multiple murder charges after killing his roommates.

Here are some things to know about Stratton and the heinous crime he committed:

1One of Lively James Stratton’s roommates identified him as the shooter shortly before dying.

According to 12News, officers responded to shots being fired at a duplex in the 4100 block of Highland.

When they arrived at the scene, they found two men shot to death and two other men in critical condition.

Before dying, one of the men was able to communicate with authorities that 22-year-old Lively James Stratton was the shooter.

Stratton lived at the home with all four men and was named on the lease. He was arrested on Sunday (Sept. 29) in connection with the murders.

“We are sorry for the loss. I know this is really hard on a community that’s been rocked with so much devastation during Tropical Storm Imelda and the loss of four lives in our community is just more than I can even console you with. There’s just no words.”

Shannon Sutton and Alvin Lee Bellard were pronounced dead at the scene, while Bobby Wyatt and Elijah Rideau were taken to St. Elizabeth Hospital where they later died.

Rideau is said to have been the roommate who told authorities Stratton opened fire on them. He revealed this shortly before dying.

3Stratton reportedly killed his roommates over an argument.

According to reports, Lively Stratton shot and killed the four men over an altercation that occurred earlier that day.

Witnesses told police that Stratton had been threatening the men in the apartment and even some witnesses at the scene.

So far, authorities have not released any information on what the threats were over.

Call logs also show that police were no stranger to the home and had previously been out there 9 times before the shooting.

The calls include reports of shots being fired, disturbances and thefts, the most recent call being a shooting that took place on October 5th, 2018.

4Stratton is facing four murder charges and is being held on $4 million bail.

Lively Stratton was arrested and charged with four counts of murder.

He is currently locked up at the Jefferson County Jail and his bond has been set at $4 million.

It is unknown if Stratton has legal representation.

5The family of Shannon Sutton, the youngest victim in the shooting, says his birthday was just days away, and he leaves behind a 3-year-old daughter.

23-year-old Shannon Sutton, who was among the other three men killed in the shooting, was supposed to celebrate his 24th birthday on Thursday, October 3rd.

His mother Roslyn Sutton told 12News that she is deeply hurt over her son’s untimely death. “He’s not here. I’m just so hurt,” Sutton said.

Shannon’s sister, Nagee Sutton, said when she heard the news about the shooting, she had hoped her brother was not at the home at the time.

“Like right now, he would probably want to see me smiling, but it hurts cause he is not here. He was young,” she told 12News.

“When they said it might have looked like a body like him, my heart dropped because he didn’t answer the phone. And when they came out and told me, I just kept thinking he wasn’t there but he was there.”

Shannon’s mother also revealed that her son leaves behind a daughter.

The mother and sister of Shannon Sutton tell me he was a kind soul and a good boy. They are still trying to wrap their heads around what happened. The 23 year old was the youngest victim in the quadruple homicide in Beaumont #12NewsNow pic.twitter.com/OkMAKlIwq7