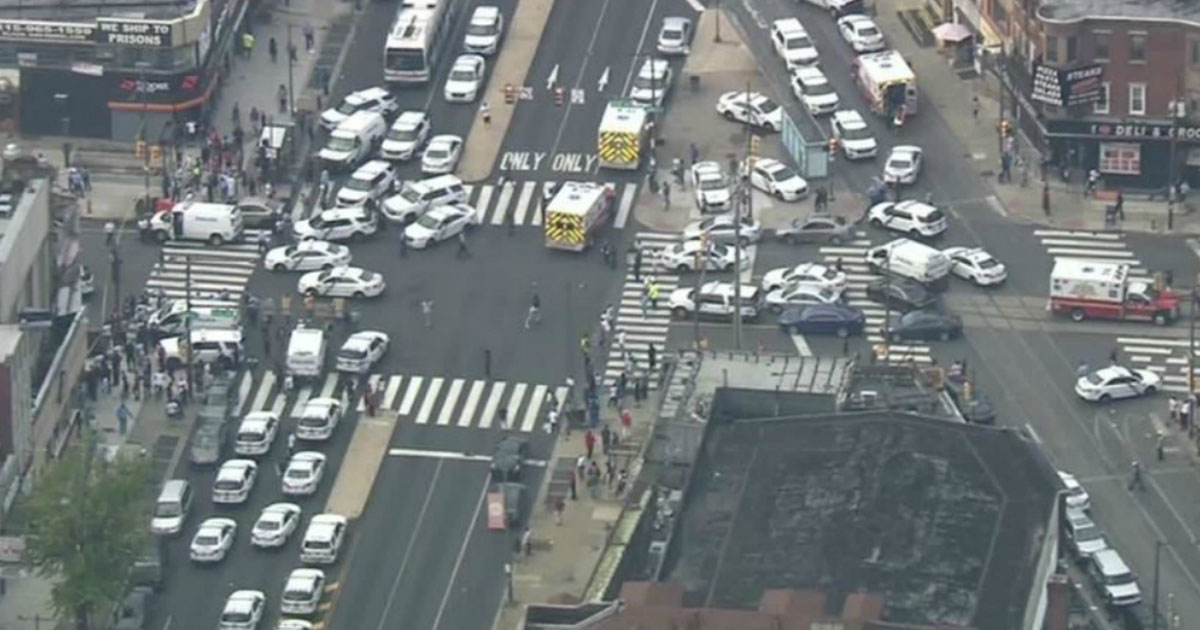 Philadelphia police say at least six officers have been shot and another was injured while responding to an “active and ongoing” situation Wednesday evening (Aug. 14).

Gripp said in a follow-up tweet that the shooting situation was “ACTIVE and ONGOING” and urged people to avoid the area.

Shooting situation ACTIVE and ONGOING on 3700 15th St. Avoid Area. Several PPD Officers have been injured. Updates will be provided as received

In his latest update, he said the “suspect is still firing” and six PPD officers were shot, and were at area hospitals receiving treatment for non-life-threatening injuries.

CNN reports Philadelphia police were first called to the scene for drug activity.

Video from a news helicopter showed dozens of police cars at the scene. The footage also showed officers kneeling and crouching behind cars with guns drawn.

Fox 29 reporter Jeff Cole said there are at least three officers inside a home with the shooter, who is still firing shots inside the house.

There are no reports of any civilians being injured.

This is a developing story… Check back for updates.