GOSSIPONTHIS.COM News 6-Year-Old Boy Who “Always Wanted to Have Fun” Among 3 Shot &... 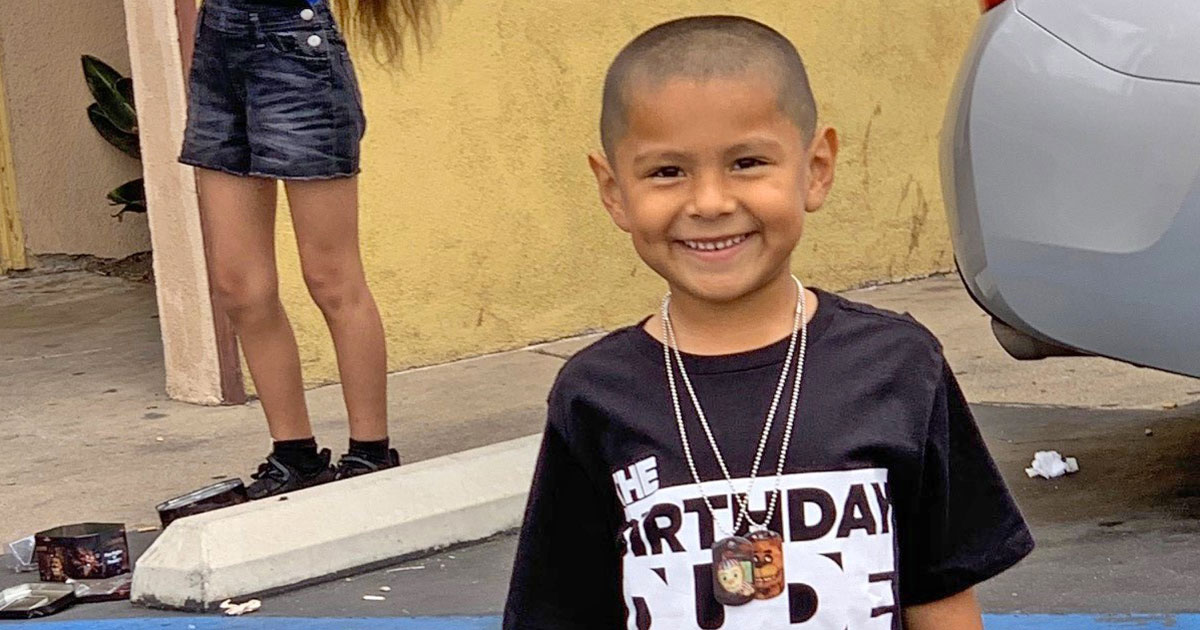 A 6-year-old boy has been revealed as one of the victims of Sunday’s (Jul. 28) mass shooting at the Gilroy Garlic Festival in California.

The shooting left three people dead in total and at least 15 people injured.

6-year-old Stephen Romero was shot in the back and died from his injuries at
St. Louise Hospital.

19-year-old Santino William Legan has been identified as the shooter and is said to have opened fire on the crowds at the festival around 5:40 pm on Sunday.

Officers at the park shot and killed Legan shortly after he began attacking the crowd with gunfire.

Stephen Romero’s father, Alberto Romero, was at home with his 9-year-old daughter when he received the news that his young son has been shot at the event.

He told The Mercury News that his wife, Barbara Aquirre, called and told him that she and their son had been seriously wounded and that their son was getting medical care. Alberto said he felt like the phone call was a dream at first.

“I couldn’t believe what was happening—that what she was saying was a lie, that maybe I was dreaming,” he said.

Alberto said it was only matter of minutes when he found out his son did not survive his injuries.

Alberto also revealed that Stephen had just celebrated his sixth birthday last month at Legoland and was going to start first grade later this year.

He described Stephen as “always happy and always wanting to have fun.” He said his son had his whole life to live.

“There’s nothing I really can do besides try to be with him until I can put him in his resting spot, wherever that is. My son had his whole life to live and he was only 6,” he told an NBC affiliate.

Alberto was allowed to see his son at the hospital and have a final moment with him while doctors put his wife Barbara in a medically induced coma.

Alberto’s mother (also Stephen’s grandmother) Maribel Romero told ABC 7 how disgusted she was with her grandson’s murder and wanted justice to be served.

“It has to be someone really sick. Because shooting a kid … it’s a family event,” Maribel said. “I just hope there is justice and they catch the last person or the other person and that there’s justice.”

A 13-year-old girl and a man in his twenties were also victims in the tragic shooting that occurred on Sunday.

Police have said Santino William Legan’s motive is unknown. He carried out the shooting with an AK-47-type assault rifle he legally purchased in Nevada on July 9.

Witnesses say there was a second person involved, but police have not released any information about additional shooters.