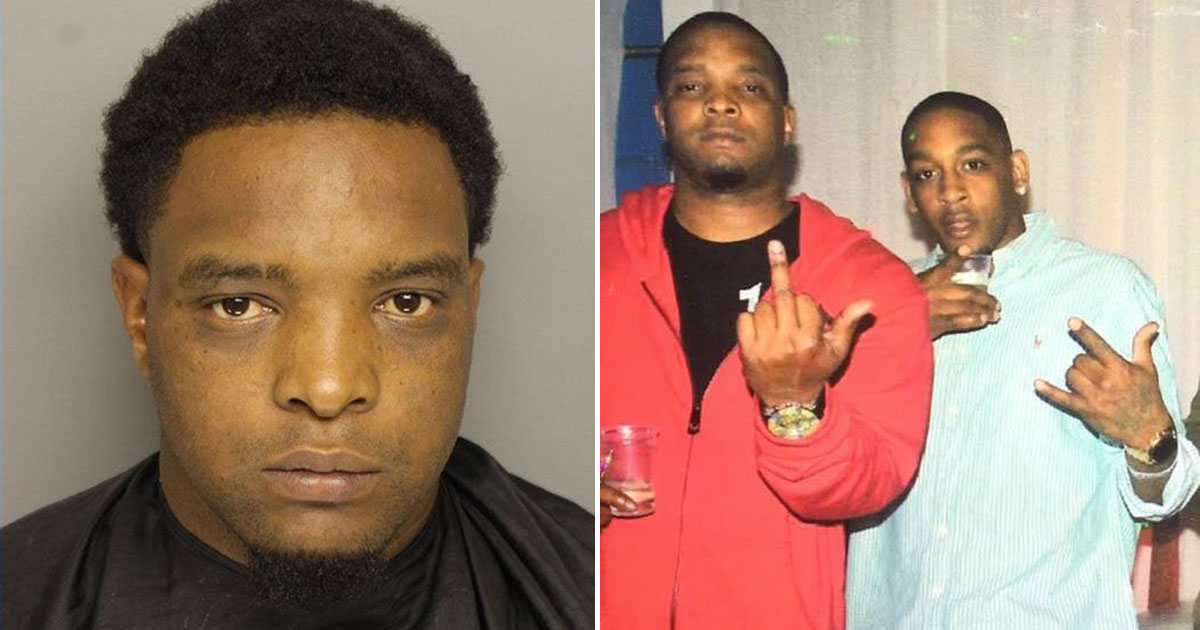 Now, 14 months later, Cobb has been charged with Boswell’s murder after he told family members he had nothing to do with the man’s shooting death.

Cobb was denied bond during an initial hearing on May 19th, but during a second hearing on Friday (May 24), Boswell’s family was given the opportunity to address the court, which is when they revealed the shocking news that Cobb was a part of Boswell’s funeral services.

According to the Greenville County Sheriff’s Office, Boswell got into an altercation with another man inside a Greenville, S.C. apartment the night of March 25th, 2018.

When the argument spilled into the parking lot, shots were fired, and Boswell was hit. He was pronounced dead on the scene from gunshot wounds to the chest, the Greenville County Coroner said.

Deputies later determined that the gun used in the shooting belonged to Boswell’s “friend” Kendrick Cobb. Police believe two others also fired weapons at the scene, but those bullets didn’t strike Boswell. Investigators said they’re still trying to identify the other two gunmen.

At Friday’s hearing, Boswell’s family members wore t-shirts and jewelry featuring pictures of the victim to honor his memory. They told reporters they were shocked to find out Cobb was identified as a suspect because he had previously told them he wasn’t involved.

“I wanted to be here to make sure that he wouldn’t get back on the street and harm anyone else,” Boswell’s mother, Dorothy Boyd, told The Greenville News. “There were so many people out there when it happened, and nobody spoke up. If they had did it at the time, we wouldn’t have gone through what we’ve been through this whole year and two months.”

Community activist Traci Fant, who has been working closely with Boswell’s family to help them get justice for his murder, said the victim’s relatives feel betrayed after finding out a supposed friend was responsible for taking his life.

“They look at him like a brother, like a son, like a family member, and in return, he took their loved one’s life,” Fant said. “You have to understand, this is difficult for both sides of the board.”

Boswell, also known as “Boz,” left behind three children, and Cobb also has two children of his own, Boswell’s family said.

“The children is what’s suffering the most out of this. It’s the children. It’s about the children,” Scotty Jerrell Parks, another family member, said during the hearing Friday. “Whatever you do from this day forward, you ask God to forgive you, and we’ll try to forgive you in our hearts.”

And while some of Boswell’s family members have already forgiven Cobb for his alleged actions, the victim’s sister isn’t there yet.

“I’m still angry,” said Leslie Chillious. “I asked him, we all asked him, ‘Tell us the truth,’ and he still lied.”

She said Cobb was with the family at the mortuary, attended LaMarckus’ funeral and was among the men who carried his casket.

“Something is wrong with him, a sick individual,” Chillious said.