GOSSIPONTHIS.COM News 4-Month-Old Baby Dies After Being Left in Van for 5 Hours in... 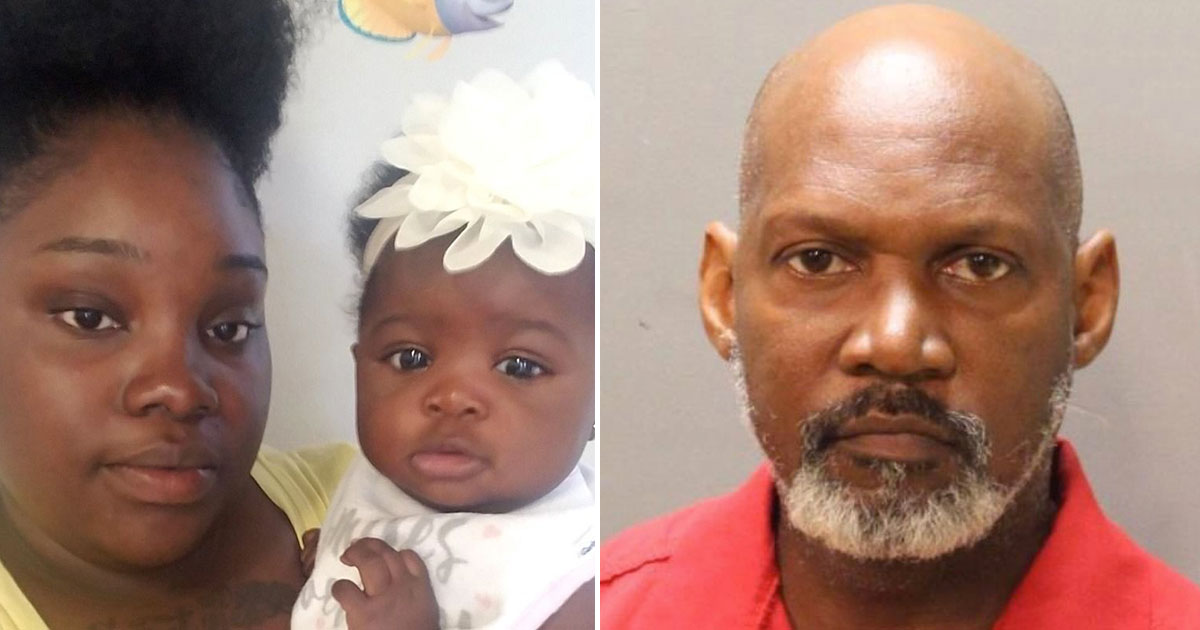 A Florida mother is grieving the tragic loss of her 4-month-old daughter who died as the result of being left alone inside a hot daycare van for five hours, and the owner of the daycare center has since been arrested.

According to reports, Baby Brooklyn, along with other children, was picked up at her home Wednesday morning (May 22) and driven to Ewing’s Love and Hope Daycare Center in Jacksonville.

When the driver of the van, 56-year-old Darryl Ewing, arrived around 8:25 a.m., he parked out front and took the other children inside, but left the baby in the van still strapped in her car seat in the third row, the local sheriff’s office said in a statement.

Daycare workers hadn’t realized Baby Brooklyn had been left in the van until her mother, Lancia Isaac, called later in the afternoon around 1:00 p.m. to make arrangements to pick her up.

When the daycare employees realized Brooklyn wasn’t in the building, they went out to the van, where they found the 4-month-old unresponsive. They called 911 and the infant was rushed to a nearby hospital, where she was pronounced dead.

Following a preliminary investigation, Darryl Ewing—who is also a co-owner of the daycare center—was arrested and charged with child neglect.

Investigators said Ewing was supposed to keep a separate driver’s log listing all of the children who board the van, and the record showed that he had logged in the little girl’s two siblings, but not the infant.

Other employees at the daycare told police it was Ewing’s responsibility to make sure all the children were safely offloaded from the vehicle and taken into the center.

“It was determined, the suspect’s actions (and lack thereof) failed to provide the victim with the necessary supervision and provide services to protect the victim’s physical health, all which was essential to the victim’s well-being and contributed to the death of the victim,” the sheriff’s office said.

About a dozen other children were under the center’s care at the time, and no other injuries were reported, police said.

According to Duval County Jail records (via News 4 Jax), Ewing has been arrested at least four times before, though for what wasn’t immediately revealed.

Also, the facility’s other owner, Gloryian Ewing, was arrested in December 2017 on two counts of child abuse after she allegedly beat her own teenage children with an extension cord. After completing a pretrial intervention program, the charges were dropped.

News 4 Jax reported that Ewing’s Love and Hope Daycare Center’s license was immediately suspended in the wake of the latest incident because the Department of Children and Families said they didn’t know the center was transporting children, so transportation standards were never monitored.

Lancia Isaac, Baby Brooklyn’s mother, has since launched a GoFundMe to help cover funeral expenses. Isaac wrote alongside numerous photos of her daughter:

“[Brooklyn’s] life was abruptly ended after she was left in a child care van for hours. The team of doctors and nurses did everything in their power to save my beautiful baby girl but she couldn’t be revived.

“The tragedy has left our city outraged and full of sorrow. My family is in shambles and with so many unanswered questions. I come to you all today as humble and as most importantly a grieving mother and ask for your help in helping laying my babygirl to rest.”

Jacksonville Sheriff’s Assistant Chief Brian Kee said during a news conference that Baby Brooklyn is believed to have suffered a “heat-related injury” as the temperature in Jacksonville Wednesday reached 92 degrees.

Meanwhile, weather experts estimated the temperature inside an enclosed vehicle parked in the sun could have reached well over 100 degrees.