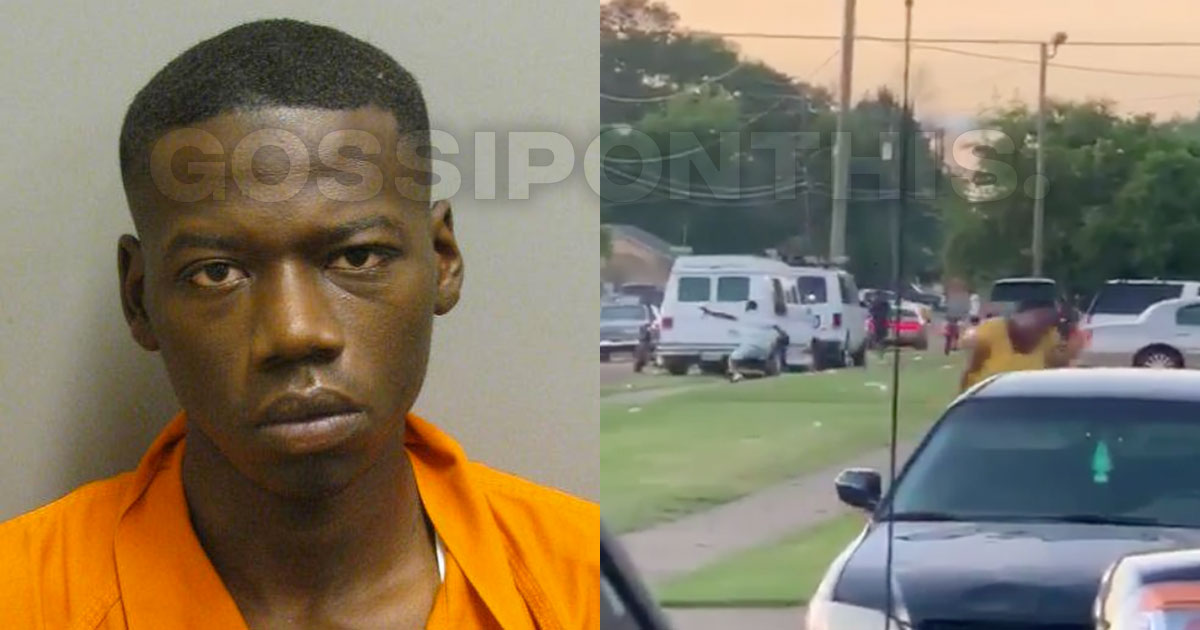 Police in Montgomery, Alabama arrested a man in connection with a shooting that happened Saturday night (Apr. 27) at an apartment complex and was shown in a video that went viral on Facebook.

According to the Alabama News Network, 20-year-old Kennedy Wilson was arrested and charged with first-degree assault for the shooting in the 1000 block of Day Street Road, near Highland Village Apartments in Montgomery.

The 3-minute clip opens with sounds of gunfire as people on opposite sides of the street shoot at each other. Innocent bystanders can be heard screaming as they attempt to run to safety.

A man driving a green van can also be seen trying to flee from police after an officer draws his gun and points it at the vehicle ordering him to stop.

The man eventually gets out of the vehicle and makes a run for it after standstill traffic stops his attempt to drive away. It’s unclear if that man is Kennedy Wilson, the man who was arrested.

The end of the video, which has more than 1 million views, shows a man across the street who was hit in the gunfire being tended to by friends/family members.

The video’s caption reads: “Highland village….It was a war zone out there yesterday Montgomery, Al”

Police said the shooting occurred around 7:30 p.m. during a party. One man was wounded (as seen in the footage), but his injuries weren’t considered life threatening, police said.

Kennedy Wilson is being held at the Montgomery County Jail on a $30,000 bond, arrest records show.

Montgomery Police Captain Regina Duckett told WSFA 12 News that Wilson was taken into custody at the scene. She said he was booked in the Montgomery County Detention Facility on Sunday (Apr. 28).