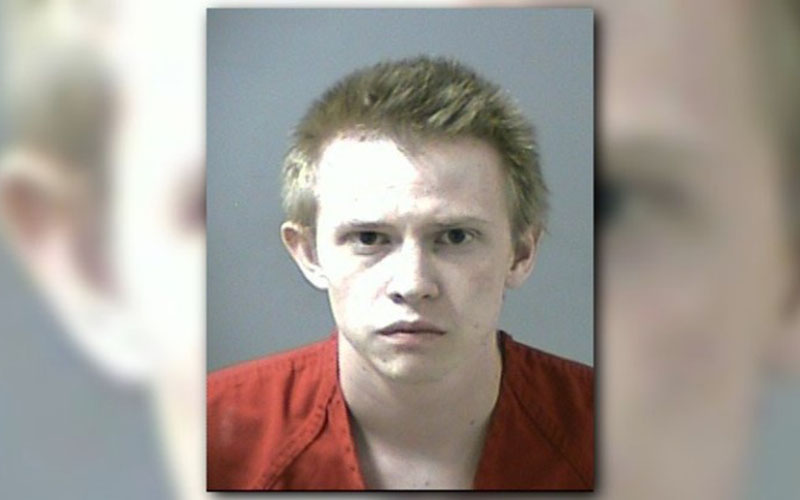 Westminster, Colorado police have finally released the mugshot of the man accused of shooting four people, including a child who died, in the parking lot of a dental office after a road rage incident Thursday afternoon (Jun. 14).

23-year-old Jeremy John Webster was arrested on murder charges in connection with the deadly shooting that was the result of an alleged road rage incident.

Of the four people Webster opened fire on, three were a mother and her two sons. The 41-year-old mother and her 8-year-old son are in critical condition, while the mother’s 8-year-old son died as a result of his injuries. An adult male not related to the victims was also involved in the shooting. It is believed he will survive.

“When officers arrived on the scene, they found two adults and two children, suffering from gunshot wounds,” police said in the news release. “All four victims were shot in the parking lot of the business complex. There were no additional victims in any of the businesses.”

“An adult male who was shot is expected to survive his injuries. There is no relation between this victim and the below-listed victims,” police said. “An adult female and her two male children were also struck by gunfire. The female and one of the children sustained life-threatening injuries and are in critical condition. A juvenile male succumbed to his injuries.”

Police said the suspect didn’t know any of the victims, whose names have not yet been released.

According to the Denver Post, at least 20 people witnessed the shooting. One witness told The Post he “found a man suffering from multiple gunshot wounds and his clothes saturated in blood,” The man was “very coherent” and “very calm,” the witness said.

A reporter for Denver’s Contact 7 News obtained a search warrant in the case that provided more details into the shooting. It was revealed that Webster allegedly used a Glock 19 handgun in the shooting, and one of the mother’s sons (who was not injured in the shooting) described to police what happened, saying that his mom “had some sort of altercation near the intersection of Sheridan Blvd. and Turnpike Drive.”

The uninjured boy allegedly told police that Webster followed his mother’s car into the parking lot of the office building where the shootings happened and parked behind her car. A total of three children were in the car—two of them were shot; one of the two who were shot died.

The woman snapped a picture of Webster’s license plate and then exited the car with her children, and then an argument ensued, DenverChannel.com reported. As Webster and the woman argued, witnesses saw Webster pull out a handgun and shoot the woman “multiple times,” according to the warrant.

The woman fell to the ground, and Webster then turned to two of the boys and shot them both multiple times, the affidavit said. As Webster started to walk back toward his car, he turned around and shot one of the boys again as he was lying on the ground. The third child was able to run away from the scene without being shot.

After shooting the woman and her two sons, Webster made eye contact with a man in a different vehicle—a pickup truck—with his daughter. As Webster walked toward the man’s truck, he fired at it multiple times, hitting the man in both arms. He was able to put his truck in reverse and drive out of the parking lot. Thankfully, his daughter was not injured.

The woman’s 12-year-old son, who wasn’t injured in the shooting, was able to describe to police about the road rage incident and about the photo his mother took of the suspect’s license plate, which allowed officers to be able to track the vehicle to Webster, who was later apprehended on I-25 near Castle Rock.

Jeremy Webster reportedly waived his Miranda rights and admitted to the shooting. He also told police that he suffers from “mental health issues” and had just started a new prescription medication the day of the shooting.

Webster informed police that his new medication and the box for the handgun were at his house. The claims about his mental state and medication haven’t yet been independently verified beyond what the affidavit states.