GOSSIPONTHIS.COM Celebs Offset Bought a Car For the Man Who Helped Him After His... 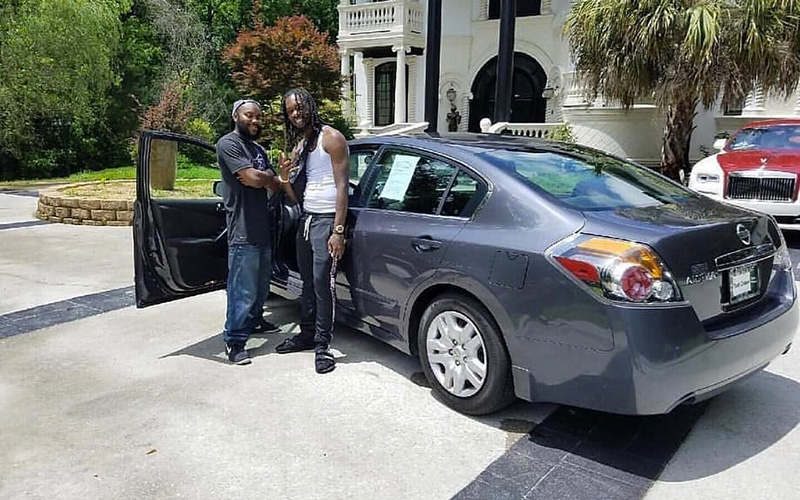 Offset almost lost his life in a pretty serious car crash last month, and now the Migos rapper is paying it forward by helping out the Good Samaritan who he says saved his life.

According to TMZ, the rap superstar (born: Kiari Kendrell Cephus) totaled his green Dodge Challenger in Atlanta the night of May 16th after reportedly swerving to avoid hitting a “crackhead” in the road.

A number of photos Offset posted showing the damage to the car and his injuries revealed the severity of the crash. The rapper had multiple injuries to his hand, arms, and face.

Offset says a Good Samaritan by the name of Jamar Coleman had been walking to work when he saw the rapper climbing out of the wrecked vehicle and helped get him to safety. So, to express his gratitude to Jamar, Offset purchased a car for the man, who Offset says is a father.

In a video clip that went viral on social media, Offset repeatedly thanks Jamar as he hands him the keys to a Nissan Altima. “THANK YOU JAMAR FOR HELPING SAVE MY LIFE. GOD IS GOOD,” he wrote on Twitter.

“My boy Jamar saved my life, I got him a new whip. He was walking to work when he saved my life. I got my boy a nice car man,” Offset says in the video. “Take care of your kids with that brother,” he can be heard telling Jamar, who seemed very thankful for the gift.

“He saved my life when I had that accident. He’s the only one that seen me, helped me get out the car, helped me walk [and] get to where I had to get to, so I bought my boy a car… God is good all the time,” Offset added.