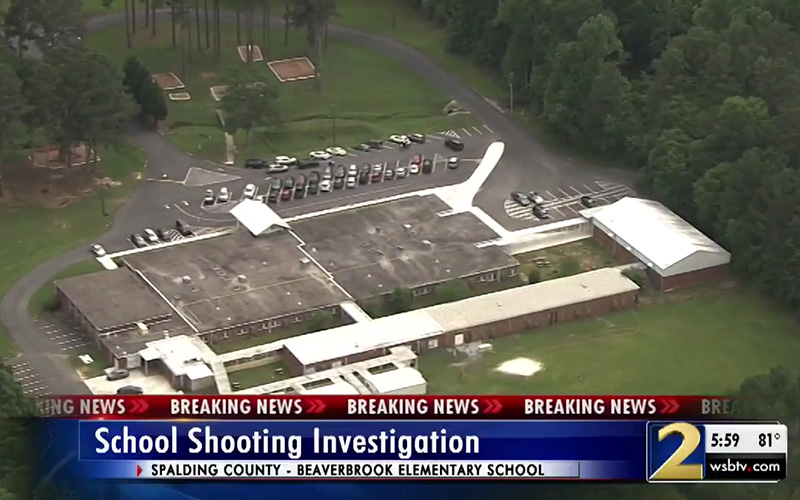 Police are investigating reports of shots fired after a woman said she was shot in the parking lot of an elementary school in Spalding County, Georgia Monday afternoon (May 21).

According to Channel 2 Action News, the shooting victim was taken to Spalding Regional Hospital. While being interviewed, the woman said she was shot in the parking lot of Beaverbrook Elementary School, which is about 38 miles south of Atlanta.

The Spalding County Sheriff’s Office assured the public that students were not in danger and the shooting had nothing to do with the school. Classes were dismissed at their normal time today.

Spalding deputies say the shooting at Beaverbrook Elementary had nothing to do with the school. The woman who was shot was here for an awards ceremony. @wsbtv pic.twitter.com/tsT2NGDo8H

“All indications are that this incident was not related to the school nor were any students or staff targeted,” Spalding County Sheriff’s Office Capt. Dwayne Jones said. “At this time, investigators are speaking with school staff and processing a crime scene where the shooting occurred.”

The Griffin-Spalding County School System released the following statement about the shooting outside Beaverbrook Elementary School:

“The Spalding County Sheriff Department is investigating an alleged shooting incident that occurred at Beaverbrook Elementary School. According to the Sheriff’s Department, this incident was unrelated to the school, all students and staff remained safe, and there was no interruption to dismissal. Beaverbrook Elementary School administrators are cooperating with law enforcement as they continue their investigation on campus. The safety and security of students, staff and parents remains are top priority and we are grateful for the Sheriff’s Department’s immediate response to this matter.”

The woman reportedly told police she was in the car with two other people when she was shot once in the back. She was later flown to Atlanta Medical Center and described as alert. Her condition was unknown at press time.

Authorities are still trying to figure out what led to the shooting, but police said the woman gave conflicting stories, including one account that the gunfire was “accidental.”

“Beaverbrook Elementary School administrators are cooperating with law enforcement as they continue their investigation on campus,” district spokeswoman Kimberly Willis Green said in a statement. “The safety and security of students, staff and parents remains our top priority and we are grateful for the Sheriff’s Department’s immediate response to this matter.”

The shooting comes just days after gunfire near a Clayton County High School left one woman dead and another injured. That shooting happened just hours after a student opened fire at Santa Fe High School, killing 10 and injuring 13 others.

The Clayton County shooting happened across the street from Mt. Zion High School, whose parking lot was being used as overflow parking for the Perry Career Academy graduation at the Clayton County Performing Arts Center. The ceremony had just ended when the women were shot, but the school district said that the incident wasn’t related to the graduation or the high school.

Two people were arrested, but their names and charges haven’t been released yet.