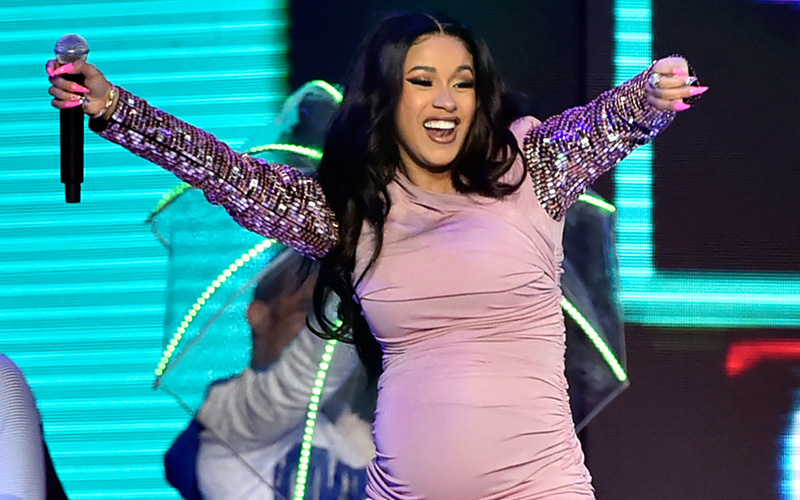 Cardi B and Offset are having a girl!

Cardi confirmed the news last Tuesday (May 8) during an interview on SiriusXM’s “The Howard Stern Show” after the host asked her directly, “Do you know what you’re having … what are you having?” The rapper replied, “Yes, I’m having a girl.”

Cardi B has previously (either mistakenly or purposely) dropped hints about the sex of her baby on the way. While catching up with the New York Times ahead of Monday’s Met Gala in NYC, Cardi repeatedly referred to her baby as “she.”

“Shorty weighs three and a half pounds,” the mom-to-be said, describing the heaviness of her look for the evening along with her other extra weight. “She do,” Cardi B said, according to the Times. “She do weigh three and a half pounds. That’s pretty good for seven months, right? Because I was born five pounds.”

The 25-year-old “Bodak Yellow” rapper also implied she was having a girl while speaking to Entertainment Tonight on the Met Gala red carpet. “Oh, she wants to fight me!” Cardi B said to ET of her baby kicking. “[My dress weighs] about 35 pounds plus baby. It’s okay though, I used to go up the project stairs.”

And last month, Cardi’s own sister Hennessy accidentally spilled the beans on Instagram last month when she used the word “daughter.”

Cardi is currently seven months along, and she and her fiancée, Migos rapper Offset, will welcome their baby girl either in late July or early August, just in time for Cardi to kick off her tour with Bruno Mars.