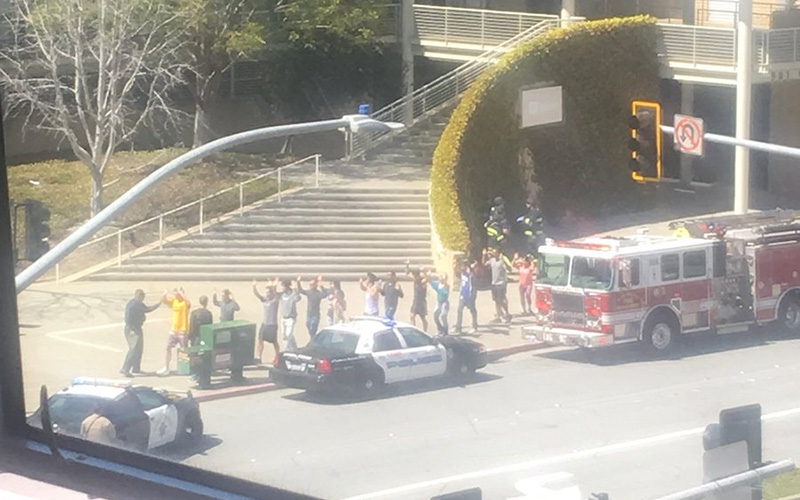 Multiple casualties were reported and a female suspect is dead from a self-inflicted gunshot wound after she opened fire at YouTube’s headquarters in San Bruno, California—a city in San Mateo, CA—Tuesday (Apr. 3). At least four other people were wounded in the shooting and were transported to area hospitals for medical treatment.

San Mateo City Manager Connie Jackson told BuzzFeed News that the city received several 911 calls of shots fired both from inside the YouTube offices as well as from the surrounding area.

Zuckerberg San Fransisco General Hospital reportedly received at least three patients, a spokesperson said at a press conference, adding that the hospital was expecting more patients. One of the already admitted patients is in stable condition, one is in fair, and the other is critical, the spokesperson said.

The L.A. Times reports that authorities don’t believe the shooting was an act of terrorism, but instead, a workplace or domestic incident.

YouTube employees reported that an active shooter was on their HQ’s campus early Tuesday afternoon.

According to ABC 7, police confirmed that the suspect “is a white, adult female wearing a dark top and head scarf.”

Employee Vadim Lavrusik tweeted at around 1 p.m. PT Tuesday (Mar. 3): “Active shooter at YouTube HQ. Heard shots and saw people running while at my desk. Now barricaded inside a room with coworkers.”

Active shooter at YouTube HQ. Heard shots and saw people running while at my desk. Now barricaded inside a room with coworkers.

Another person shared a photo of employees exiting the building with their hands up:

We are seeing @YouTube employees being brought out with hands up! pic.twitter.com/ZlSMY9FIVm

Others also shared photos on Twitter from the scene:

President Donald Trump tweeted about the shooting Tuesday evening, offering his “thoughts and prayers” to everyone involved in the incident.

Was just briefed on the shooting at YouTube’s HQ in San Bruno, California. Our thoughts and prayers are with everybody involved. Thank you to our phenomenal Law Enforcement Officers and First Responders that are currently on the scene.

Google, which owns YouTube, tweeted that they were “coordinating with authorities and will provide official information here from Google and YouTube as it becomes available.”

Re: YouTube situation, we are coordinating with authorities and will provide official information here from Google and YouTube as it becomes available.

The YouTube building is in a busy area of San Bruno, which is near the San Francisco airport. It is run in a separate location from the campus of Google in Mountain View, which is further south. The huge video platform is a unit of the search giant, which, in turn, is part of Alphabet.

Unlike the more college campus setting of Google, YouTube is a building right on the street and its main lobby is relatively accessible — there is security, of course, but it is not noticeably present — in comparison to other tech firms. The site often gets many fans, who want to visit the popular YouTube.