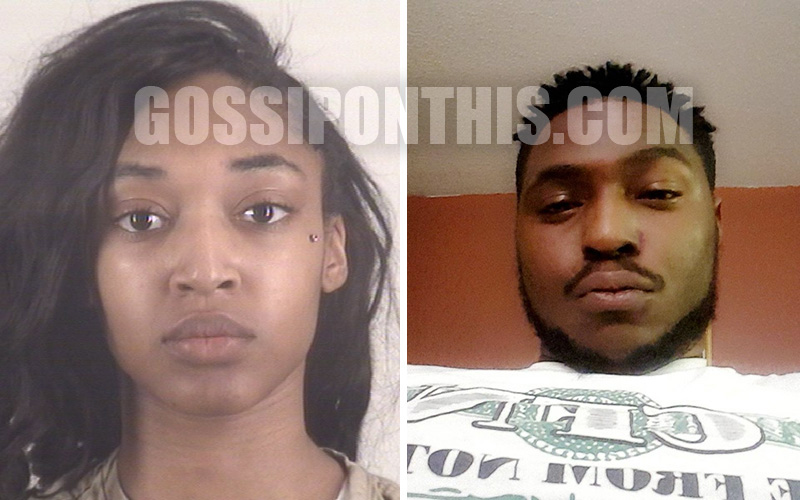 Alexis Burgess, 23, and her boyfriend, 24-year-old Treveon Wilson, are facing murder charges over their alleged involvement in a shooting that took place at Temptations Cabaret, a gentleman’s club in Aledo, Texas.

A club manager and a security guard were both shot and killed Thursday night (Mar. 8) after a fight ensued between the two and Burgess’ boyfriend Treveon Wilson.

Here are some things to know about the shooting.

1The shooting at the strip club occurred after Alexis Burgess was told she wasn’t allowed to work that night.

According to a statement from the Tarrant County Sheriff’s Office, Alexis Burgess had been employed by Temptations Cabaret, but was not allowed to work on the night of the shooting.

This prompted an altercation to take place between Burgess’ boyfriend, Treveon Wilson, and the club manager and a security guard that worked for the club.

Wilson ended up shooting and killing both men.

2The shooting victims were later identified as 32-year-old Julian Marin and 40-year-old Cesar Estrada-Rangel after they were pronounced dead at the scene.

The two shooting victims were pronounced dead at the scene by Benbrook EMS. They were identified as Julian Marin, 32, and Cesar Estrada-Rangel, 40, by the Tarrant County Medical examiner’s office.

The family of Marin, also known as “Big Leo,” set up a GoFundMe account to help cover his funeral expenses.

Tonight we lost a brother, friend, son, but most of all a great father. He was tragically taken from us tonight along with another member of our family. Big Leo, as we all knew him, was the sole provider for his family and worked tirelessly to provide for his. One of the best people I’ve had the pleasure of calling family. The coming days will be extremely rough for his mother, sister, and children. I ask everyone to please help donate anything you can to help them in this time of need. Thank you in advance, any questions don’t hesitate to text or call 817-841-7325

Treveon Wilson fled the scene after the shooting.

He reportedly sustained a gunshot wound in the altercation and was arrested after police found him receiving treatment at a local hospital.

4Alexis Burgess and Treveon Wilson were both charged with murder.

Both Burgess and Wilson are being held at Tarrant County Jail and facing charges of capital murder. While Burgess’ bond is currently $100,000, Wilson has no bond.

“I am pleased with the way our team worked to effectively and efficiently work the scene, identify the suspects and resolve this case,” Sheriff Bill Waybourn said in a statement.