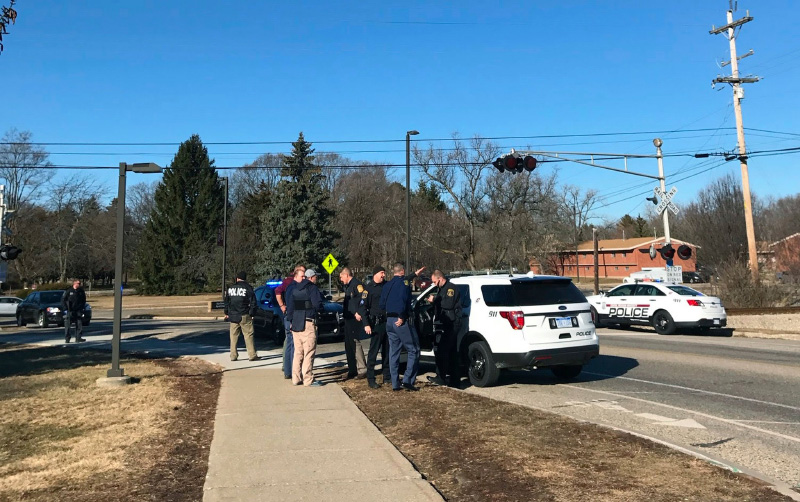 Two people were shot and killed at Central Michigan University after a gunman opened fire on the school’s campus.

Here’s what we know so far about the shooting:

1The deceased shooting victims were not CMU students.

According to police, the shooting victims were not students and the incident stemmed from a domestic dispute.

The shooting took place in the University’s Campbell Hall on campus.

CMU police confirm two individuals were fatally shot at Campbell Hall on campus this morning. The deceased are not students and police believe the situation started from a domestic situation. There are no additional injuries; suspect is still at large: https://t.co/AxvPn3N0s0

2The suspected shooter has been identified as 19-year-old James Eric Davis.

The shooting suspect, James Eric Davis Jr., has been described as a 19-year-old black male, who is approximately 5 feet 9 inches tall, and was wearing mustard yellow jeans and a blue hoodie (which he may have taken off). He is considered to be armed and dangerous.

“He is considered armed & dangerous. If you see the suspect, do not approach him. Call 911,” city officials said in a tweet.

UPDATE 10:23 a.m.: The suspect is a 19-year-old black male who is approx. 5 foot 9 inches tall. He is wearing mustard yellow jeans and a blue hoodie. He may have taken off the blue hoodie. He is considered armed & dangerous. If you see the suspect, do not approach him. Call 911.

Davis is also said to be a sophomore, according to the CMU student directory.

3The University was put on lockdown early Friday morning.

According to Fox News, the University tweeted that a suspect was “still at large” and that students and faculty on campus should “take shelter.”

Parents and family were also advised to not pick up students for spring break until notified.

“Those planning to come to campus today to pick up students for spring break should stay off campus until further notice,” the university said.