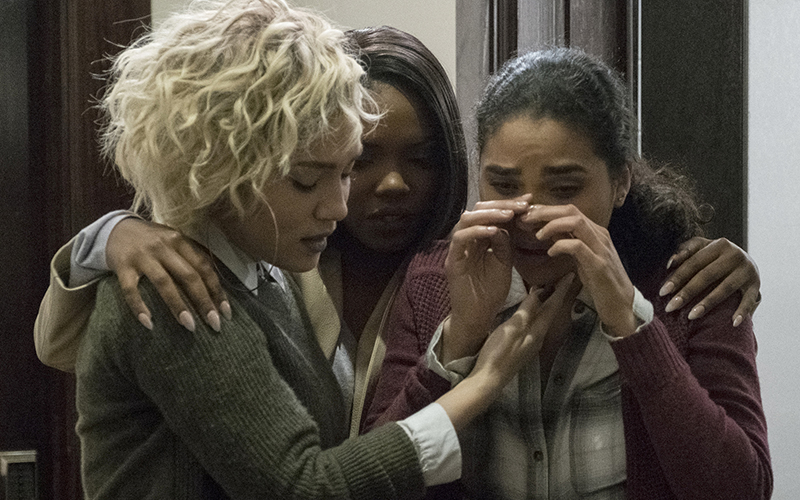 Fans of the hit Fox series are wondering if they’ll be able to watch a new Star episode tonight, specifically Season 2 Episode 5. Normally, Star airs on Wednesday nights at 9 p.m., however, due to the World Series also airing on Fox, Star is currently on hiatus until the World Series is over.

Fox is airing Game 2 of the World Series between the Los Angeles Dodgers and Houston Astros tonight, so NONE of their regularly scheduled programming, including Star and Empire, will be airing tonight

So, now your next question is most likely, “When is Star coming back to TV?”

Oh Snap! #STAR will be back after the World Series.? Re-live your fave clapbacks on FOX NOW: https://t.co/sgLJX60ATs pic.twitter.com/G7oE7S4JR9

Unfortunately, that’s not an easy question to answer, because it all depends on how long the Dodgers and Astros drag this World Series out. According to Star‘s official Twitter, the show will return “after the World Series.”

Tonight is Game 2, and the Dodgers are currently leading the series 1-0. Like the NBA Finals, the World Series is a ‘best out of seven game.’ So if the Dodgers win tonight’s Game 2, Friday’s Game 3 (Oct. 27) and Saturday’s Game 4 (Oct. 28), then they’ll win the series and Star will return to Fox next Wednesday (Nov. 1).

However, if, by some chance, the World Series gets extended to a Game 7, which, if needed, would be Wednesday, November 1st, then that means Star won’t be back on TV until the following Wednesday (Nov. 8).

Fans of the show are not happy about this either. Check out some of their tweets below:

Who cares about the World Series I want to see #star ??? pic.twitter.com/Hdti65MXYr

I demand a 2 hour show next time bec this stupid World Series. Like hurry up and wrap it up we got Shows to watch. #STAR #STARonfox

i spent all day thinking #empire and #star were coming on tonight but the world series is on…. pic.twitter.com/wxEiK4GgJS

This World Series is really messing up my Wednesday, I’m missing Empire and Star?

Screw the World Series I want to watch Empire and Star

I love Houston ..like go Stros and all that but I’m highly upset that @STAR will not be coming on tonight because of the World Series?

Right nobody cares about the World Series we’re all here for Star!! ? the game should play on a sports channel instead

But why the World Series gotta mess up the schedule like that…. I was looking forward to star too.

Here is the synopsis for Star Season 2 Episode 5, which will air either next Wednesday (Nov. 1) or the Wednesday after that (Nov. 8) at the latest:

Ayana is quickly reminded of the tremendous pressure she is under to make her family proud when her father—a legendary music label executive—pays a visit to Midtown. Alex continues to be haunted by her lies to Derek, Star and Simone differ on how best to deal with Brody’s mysterious return, and Noah faces a tense encounter with the police during an event thrown by the label. Meanwhile, Jahil works on a plan to debut a new duo he’s discovered, featuring his nephew, Angel, and Ayanna’s assistant.