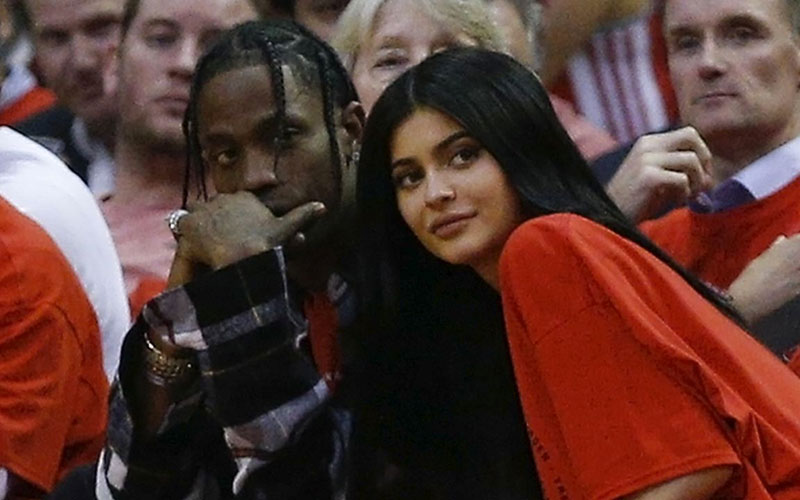 The Kardashian-Jenner Klan is about to get that much bigger, because the youngest member of the multi-million dollar family is reportedly PREGNANT!

Multiple sources have confirmed to TMZ, BuzzFeed AND the always-reliable People that Kylie Jenner is pregnant with rapper Travis Scott’s baby.

If it were just TMZ reporting this news, we would take it with a light grain of salt, however, BuzzFeed is pretty reliable when it comes to their reporting and People ain’t never lied (at least that we know of).

According to People, Jenner is about 4 or 5 months along and is said to be due in February.

Sources also say 25-year-old Travis Scott, Kylie’s boyfriend, has also been telling his friends. We’re even told — although we cannot verify — that he’s told friends they’re having a girl.

One source says Travis was at a recent event telling people about the pregnancy and how his life was going to change.

A source tells PEOPLE the 20-year-old reality star and business mogul is due in February.

“They started telling friends a few weeks ago,” says the source. “The family has known for quite some time. She is REALLY excited and so is Travis!”

Another source close to the family tells PEOPLE: “It is an unexpected but completely amazing turn of events that she could not be more excited or thrilled about.”

“Everyone is overjoyed for her,” says the source. “This is the happiest she’s ever been.”

Kylie and Travis have been dating since earlier this year after Jenner broke up with her on-and-off-again boyfriend Tyga back in April. This will be their first child together.

The Kardashian-Jenner Klan is also welcoming another baby into the family early next year, as Kim and Kanye are reportedly welcoming their third child via surrogate in January.