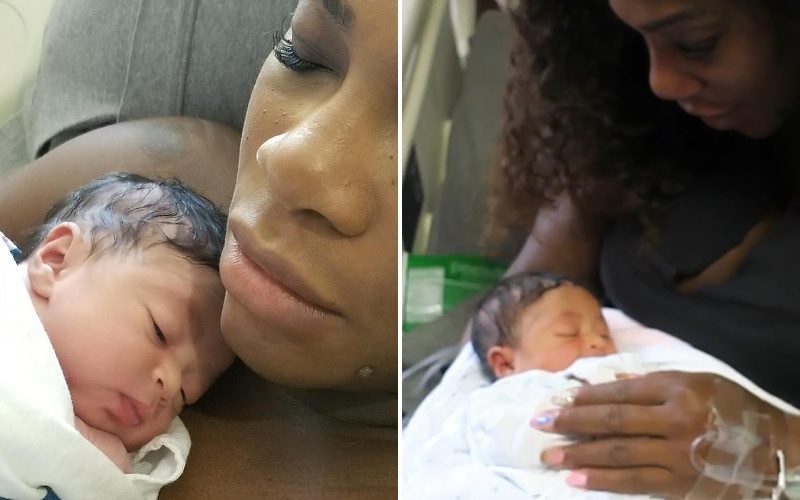 We waited patiently and Serena Williams has finally decided she was ready to share the first photos of he daughter.

The tennis great took to Instagram on Wednesday (Sept. 13) to introduce the world to her first child, Alexis Olympia Ohanian, Jr. This was also the first time we learned the newborn’s name, which is after her father, Reddit co-founder Alexis Ohanian.

Williams also shared a video that documents little Alexis Olympia’s journey, which she and Ohanian recorded specifically for their daughter.

“OK, so, you’re pregnant,” a doctor tells Williams as we see an ultrasound. Private moments throughout Williams’ pregnancy are then shown. It concludes with Williams holding her daughter in her arms. “We had a lot of complications, but look what we got. We got a baby girl,” Williams says.

Alexis Ohanian, Sr. also expressed his joy of becoming a father in an Instagram post on Wednesday. He wrote:

“Welcome, Alexis Olympia Ohanian, Jr., we’re so happy to meet you. We made you a video of o ur adventure together so far (see bio). Our little girl is already mama’s perfect sidekick.”

In case you forgot, (unbeknownst to the public) Serena was 8 weeks pregnant when she won the Australian Open in January 2017. So, I’m just gonna say it: Alexis Olympia is definitely a tennis great-in-training.