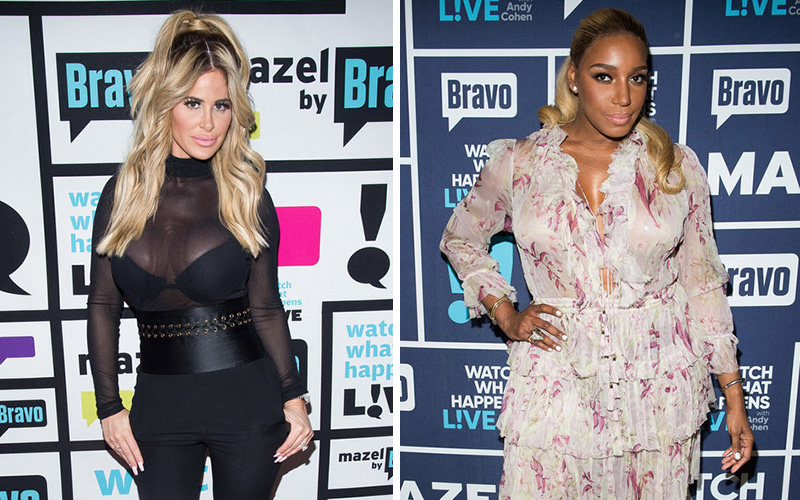 She’s back and she certainly won’t be tardy for the party! TMZ is reporting that Kim Zolciak has officially signed on to return for season 10 of The Real Housewives of Atlanta.

TMZ broke the news early Thursday morning (Apr. 20). Production sources say Kim has signed on the dotted line for the milestone 10th season. However, she will not be holding a peach. Due to filming obligations of her own Bravo show, Don’t be Tardy, Kim will have a “limited role” on RHOA.

She will most likely be billed as a “friend,” much like fellow original housewife Sheree Whitfield during season 8, before returning full-time in season 9.

However, we already got a glimpse of what to expect next season. Kim made a surprise appearance on the season 9 finale and she clearly does not see it for Kenya Moore. The two sparred over Kenya’s shady comments regarding Sheree’s housewarming and Kenya mocked Kim’s “duck lips.”

While Kim and Kenya may bring the heat next season, things are quite chilly between Kim and Kandi Burruss. The two attempted to let bygones be bygones as Kandi still hasn’t been paid for producing Kim’s only mildly-successful song, “Tardy for the Party,” but their encounter was very awkward. I can foresee more fallout from this twosome as well.

With one down and one to go, there still is no official word on whether NeNe Leakes will also return for season 10. Producers reportedly pulled out all the stops to get she and Kim to return as peach-holding housewives.

Back in March, NeNe told TMZ her only demand would be to be paid more than Kim. Though her wish would have probably been granted anyways, the odds of her landing a bigger paycheck just increased if Kim is only a “Friend.”

Hopefully NeNe will also agree to appear on the show, even if in a limited role as well. Fans (me included) would be thrilled to see three of the original housewives appear in season 10.