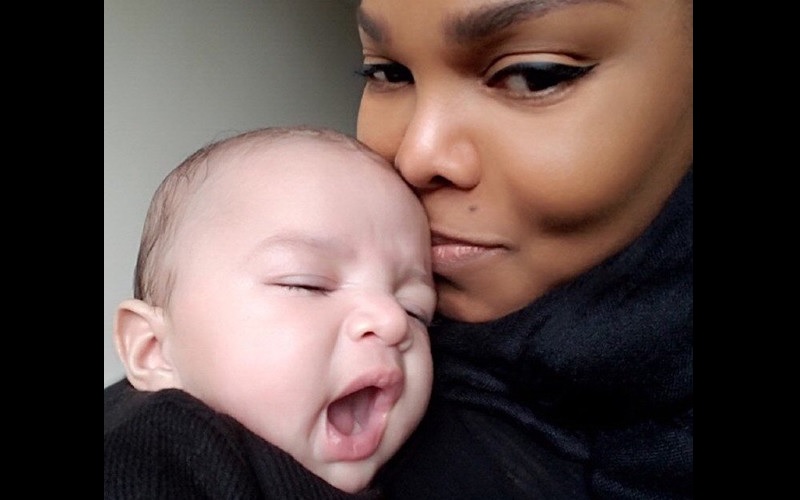 Janet Jackson is currently in the thick of two life-changing events. She recently split from her husband of five years and she’s settling into motherhood. However, the singer seemed very content as she shared the first photo of her 3-month-old son, Eissa.

The 50-year-old gave birth to her first son in January, but has kept fans on their toes waiting for the first glimpse of the newborn baby. Janet surprised everyone on Friday (Apr. 14) by posting a photo of baby Eissa on her website and social media.

Snuggling the yawning baby close to her face, Janet writes “My baby and me after nap time.”

My baby and me after nap time. pic.twitter.com/5srdrzn8Ex

The pic is too adorable and well-worth the wait.

Though the split is reportedly amicable, the cause is still unknown. It has been speculated the couple may have experienced cultural differences or Janet felt marriage was interfering with her career.

Al Mana broke his silence on the split shortly before Janet released the first public image of Eissa by penning a passage from the Quran on his website. The billionaire also expressed his love for the mother of his child.

“To the most beautiful person in the world, thank you for your divine love, your eternal support and for being my best friend. I love you so much, inshallah we will be together in the Great Forever.”

The estranged couple reportedly plans to co-parent Eissa with Janet continuing to live in London.