GOSSIPONTHIS.COM News Jordan Middleton: Some Things to Know About Teen Shot & Killed by... 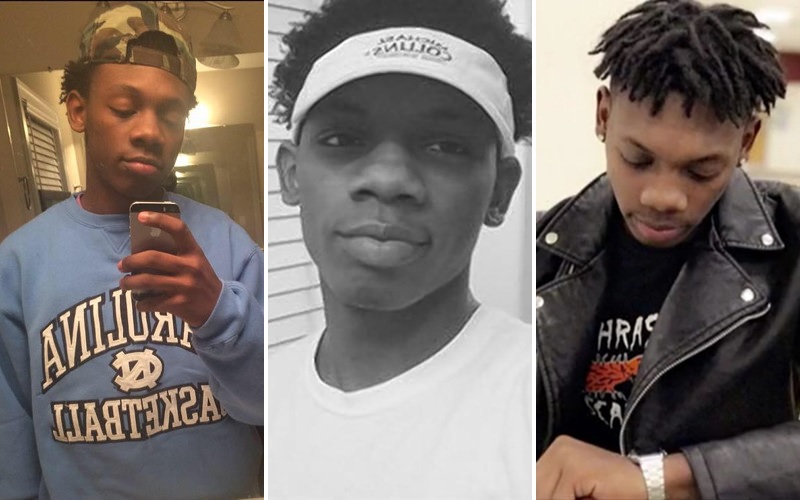 A Columbia County, Georgia community is in mourning after a 17-year-old basketball star was shot and killed. Jordan Middleton was sneaked into a classmate’s home and was fatally shot by the friend’s father, who assumed Middleton was a burglar. Here are a few things you need to know about this tragic case.

49-year-old Derrick Fulton assumed Middleton was a burglar, unaware his 14-year-old daughter had actually let Middleton into the house. Authorities were called to 49-year-old Derrick Fulton’s home Saturday (Feb. 25) for a shooting and suspected burglary. According to Fulton’s account, he became cautious that someone had broken into his home after the family dog began to bark. Fulton also noted he heard noises from downstairs.

The homeowner retrieved a handgun from his dresser and went downstairs to investigate the disturbance. He claims he informed the suspected intruder he was armed and called out for them to come out and identify themselves.

The barking then lead Fulton to the guest bedroom. The incident report says Fulton entered the bedroom and issued another warning. This is when Middleton allegedly ran out of the closet and toward Fulton. The homeowner fired a shot.

The incident report states Middleton ran into the dining room and fell. However, authorities found Middleton in the foyer as Fulton performed CPR. The gun Fulton used was found on the kitchen counter, already unloaded.

It has been learned that Fulton’s 14-year-old daughter had invited Middleton and let him into her house without her parent’s permission or knowledge. However, she was not present during the shooting. She was upstairs in her room.

Middleton’s death has been ruled a homicide, however, no charges have been filed against the shooter, Derrick Fulton. The 17-year-old was fatally shot by 49-year-old Derrick Fulton on February 25 around 2:30 a.m. after sneaking into Fulton’s Grovetown home. Fulton was unaware his 14-year-old daughter had actually let Middleton into the house. Fulton was seen performing CPR on the teenager when authorities arrived around 2:55 a.m.

According to coroner Vernon Collins, Middleton was shot once in the chest on the upper left side. The Columbia County Coroner’s Office ruled Middleton’s death a homicide. However, no charges against Fulton have been filed.

Police are still investigating the shooting.

Classmates and the community remember Middleton as someone with a “contagious smile.”

Middleton’s best friend Trelen Murphy organized a vigil for his friend Sunday (Feb. 26) that was held at Grovetown High School.

Murphy also made shirts for the vigil, which featured a picture of Middleton and the hashtag #jojoworld.

“He would be like ‘what’s up? hey, what’s up,’ and he has like this voice you could never forget it’s like so deep. Everybody knows Jordan for his smile and for his laugh. It’s contagious. It was just devastating to know that I can never see his face again.”

Middleton’s basketball coach for two years at Evans High, Kevin Kenny, was saddened by the news, but also remembered the teen’s smile.

“I heard about it this morning, and it’s a terrible tragedy for both families. My heart goes out to both of them. He was just a great kid. Very likable, always had a smile on his face. You know, anytime you lose a young life like that and have that situation, it’s shocking, it really is.”

The Columbia County school superintendent also ensured Grovetown High had extra counselors and psychologists for students and staff who needed help coping with the tragic loss of Middleton.

Jordan Middleton’s funeral and burial will be held Saturday, March 4. Funeral and burial services for the Georgia teen shot and killed by a schoolmate’s father have been set.

A memorial service for Jordan Middleton will be held at Gilbert-Lambuth Memorial Chapel at Paine College on Saturday, March 4 at 1 p.m. He will be laid to rest at Mt. Olive Memorial Gardens.

Viewing hours will also be at the chapel on Saturday from 11 a.m. to 1 p.m.