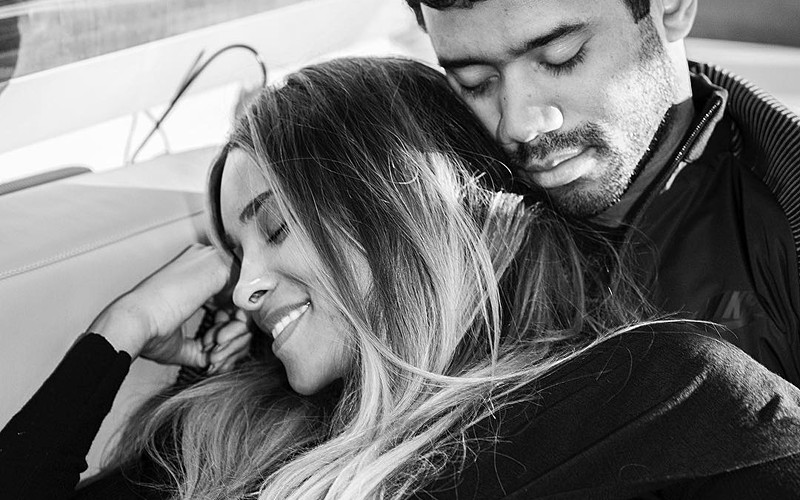 It’s not much of a surprise, but it’s still exciting news. Ciara has officially announced she is expecting baby number two!

Celebrating her 31st birthday, the singer made the announcement on Instagram with an adorable black and white photo with hubby Russell Wilson.

“On this special birthday I received an abundance of love from friends and family…and I’m excited to finally share one of the greatest gifts of all that god could give.”

Wilson posted the same photo to his IG account. “The greatest blessing of all. Forever grateful,” he wrote.

Ciara’s baby news shouldn’t be all that surprising given the rumors that have followed the couple for months. Ciara’s public appearances last week further fueled speculation as she began to wear loose fitting clothes and large peplums. However, she wasn’t fooling anyone and a baby bump was clearly visible.

It seems the expecting mom wanted to announce the news on her terms. Following the heightened speculation, Ciara attempted to squash the rumors during an Oct. 19 appearance on Access Hollywood. “We got time,” she said.

“Our mission is, I got to make my best album for my fans. I want to rock out and make the world dance, and he’s got many more games to play. We got time to live life and things will happen at the perfect time as they’ve been [happening].”

The married couple of barely four months have not stated when their bundle of joy is expected to arrive. The new baby will be Wilson’s first and Ciara’s second. She shares two-year-old, Future Zahir, with rapper Future.