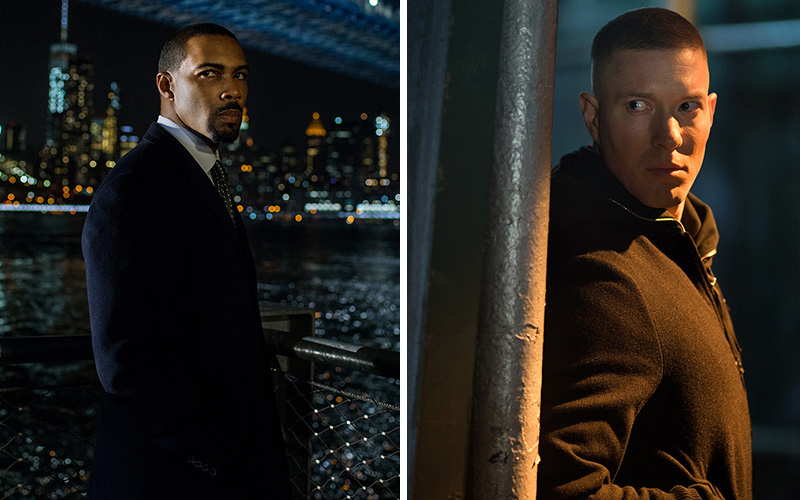 The premiere episode of “Power” Season 3 last week brought us all back into the dangerous double life of James “Ghost” St. Patrick. While Ghost has made countless efforts to finally free himself of the drug game, it’s clear the streets aren’t going to let him off the hook so easy.

This week’s episode shows Ghost trying to tie up all loose ends and keep his club from being ran over by the competition.

Here are a few things to know about the episode:

1Time is ticking and Ghost has to make a move on Lobos soon.

Ghost knows that the only way he will ever get a good night’s sleep again is by taking out Lobos, and this time, for good. He asks his lawyer, Proctor, to find Lobos’ whereabouts and get him any information he can on the drug lord. Proctor advises Ghost to use Angela to get intel on Lobos, but he informs him that is not an option.

Proctor tells Ghost that he needs to tie up all loose ends and if it comes down to it, he may have to choose between Angela and saving his own life. He also warns Ghost that Lobos could be looking at a John Doe prosecution in his case. Ghost wisely takes Proctor’s advice and makes a call to the inmate he had stab Lobos. Ghost orders him to make another hit on Lobos as soon as possible.

2Things between Tommy and Ghost aren’t getting any better.

In the opening scene of the episode, Ghost tosses and turns in bed after calling Tommy and leaving a voicemail on his phone. The friction between these two has only gotten stronger since Lobos had Holly’s dog killed and prompted Tommy to kill Ghost or be killed.

Ghost tries to make amends with Tommy by having Tasha give him his half of the money from the sale of the laundromats they use to cover up their drug operation. Their meeting doesn’t go so well and ends up with Tasha and Tommy both blaming each other over lies Ghost had them both tell.

Tommy is pissed over not knowing the truth about Kanan, and Tasha is hurt over Tommy knowing about Angela and not telling her. Sounds like they’re both even, right?

3Tommy is his own worst enemy.

Tommy is not in his right mind and things around him are quickly falling apart. Despite the promises he made in episode one, Tommy is only able to supply the Chinese cartel with half of the shipment. Luckily, he is given another shot from the head boss in charge (and not his son, who has it out for Tommy), but this definitely shows the difference in how Ghost handles business versus Tommy.

Tommy also continues to lie to Holly about what happened to her dog “Belle” and foolishly tells her about the check Tasha gave him. Holly takes this as an opportunity to be up to no good, and while Tommy isn’t looking and preparing himself for the best BJ in the world, she takes the check and stuffs it in her pocket.

Besides Holly, Tommy’s coke habit is also becoming a huge part of his downfall and is starting to be noticed by his crew. When questioned about using all the product, Tommy goes into full ass-kicking mode and mauls the guy like an animal in the wild. It’s not even episode three and Tommy is running the streets like a chicken with its head cut off.

4Andre is following in Ghost’s shadow, but still needs an attitude adjustment.

Andre is slowly, but surely becoming Ghost’s mini-me, he just needs a little more grooming. While Ghost is cool, calm and collected, and tries his best to not allow his emotions to overpower his judgment, Andre is a hot head and ready for action at any moment. He wastes no time in questioning Ghost about the bloody card on his desk and tells him he’s seen the card before in jail and he knows that it means trouble. Andre urges Ghost to let him take care of whatever he needs to be done, to which Ghost shuts down and orders him to continue his work in the club.

Andre’s quick temper can also be seen by his eagerness to beat the living crap out of Andy and Alby, the nightclub owners across the street who pulled a fast one on Ghost. Andre also fails to get bratty, high profile DJ Taj to sign the contract Ghost sent him to bring back, which would have prevented Andy and Alby from stealing DJ Taj from Ghost in the first place. But don’t count him out just yet, his loyalty to Ghost is real and even when his boys from the hood come up with a lousy idea to rob Truth, Andre lets them know it won’t be going down on his watch.

5Angela isn’t ready to be a stepmom just yet.

Between trying to juggle the Lobos case and her relationship with Ghost, Angela has to take on the duty of playing step mom to Ghost’s kids. But before any of that takes place, though, Tasha stops by Angela’s house to evaluate her apartment and to see for herself if things are safe enough for her kids.

She gives Angela a list of things to do with baby Yasmine that include potty training, reading her a book before bed, making sure she only gives her warm organic milk (2% to be exact), corner guards for the coffee table, and keeping all sharp objects out of reach.

Angela thanks Tasha for allowing her to have the kids over. Tasha responds telling Angela that she hope she’s ready for what she’s gotten herself into. For what it’s worth, Angela actually makes a good effort at spending time with the kids and getting to know them. But from from the looks on her face and the shakiness in her voice, it’s evident playing step mom is still going to take time some getting used to.

“You wanted him, you wanted them,” Tasha says to Angela. “You better be sure you’re ready for this.”

6Truth has new competition, and they aren’t playing fair.

Just when Ghost thought his biggest worries were only Lobos and Tommy, he finds out he has another problem and it’s right across the street. After noticing two big spenders in VIP balling out of control, Ghost treats the men to free bottles and invites them to the relaunch party of his other club, Verbatim.

The guys happily accept Ghost’s hospitality and take him up on his invite, but little does Ghost know, they have other motives. The men turn out to be the owners of the club directly across the street (Andy and Alby) and they manage to scoop up Ghost’s entertainment, DJ Taj, and convince him to perform at their club instead. Something tells me this won’t be the last time we see those fuckboys.

7Tasha’s strength is keeping her family together.

Out of everyone in the world of Power, Tasha is arguably the only one with their head screwed on straight. She assists Ghost in getting Tommy’s attention and even visits Angela’s home and plays nice before allowing the kids over.

Though Tasha is clearly still hurting from all the changes she’s having to endure with Ghost’s new relationship with Angela and the tragic death of her lover Sean, she remains strong for her family and holds things together without anyone’s help.

8Mike gets the hit taken out on the prisoner who stabbed Lobos.

Mike continues to try to keep Lobos safe, so he doesn’t lose his own life. With Lobos on his tail like dog crap, Mike doesn’t have much room to make a mistake, and when he meets with one of Lobos’ men, he informs him that the prisoner who stabbed Lobos has to be taken out or he can finger Ghost, who could testify against Lobos.

Saxe spends time trying to find Lobos’ attacker and comes close to closing in on him, but before he does, Mike notifies Lobo’s men, who get the job done and take him out. By the time Saxe goes to sit down with the prisoner, he finds him lying in a pool of his own blood.

9Tommy isn’t as crazy as he seems

After finally accepting Ghost’s phone call, Tommy agrees to meet up with him at Brooklyn Bridge Park. Ghost shows up to the spot and waits on Tommy, but he’s nowhere to be found. Tommy stands from a distance and finally gets the perfect shot to kill Ghost and complete Lobos’ orders.

While Ghost just stands there, Tommy struggles over whether or not to pull the trigger, and like we all expected, isn’t able to bring himself to do the dirty deed in the end. He texts Ghosts and tells him “something came up.”

Tommy may be crazy, but he ain’t that damn crazy!

10Tasha may be able to save Tommy from Lobos.

Before the episode ends, Holly returns home to find Tommy crying like a baby. He tells her the truth about her dog “Belle” and that their lives are in danger because he wasn’t able to carry out the hit on Ghost.

Holly tries to comfort Tommy and tells him she knows that he can kill Ghost and if he can’t do it for himself, do it for her. Tommy promises Holly he will build up the courage to kill Ghost before there is an unexpected knock on the front door. Who is it? It’s Tasha and she says she has the answer to all of Tommy’s problems.