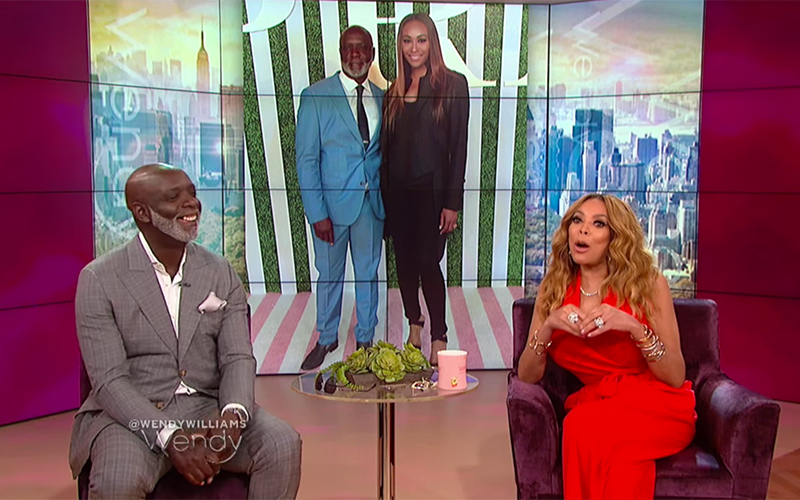 As we await the next season of Real Housewives of Atlanta, we’re left to entertain ourselves with the antics of the cast as filming commences.

In between the last season and the current one, news has broken that Cynthia Bailey is splitting from her husband Peter Thomas, who we affectionately refer to as Uncle Ben or Papa Smurf.

Peter Thomas is a messy individual, and without a doubt, the most drama-stirring husband on the show. The latest evidence of Peter’s messy behavior: He called Wendy Williams up and sat in for an interview in which he “defended” himself from rumors and claims that he was an adulterer and a gold digger.

So you say you’re not about drama and you don’t seek fame, but you call up the messiest, most notorious gossip queen to air all of your dirty laundry? This makes as much sense as Kanye West does when he rants about the evils of fame but then turns around and marries and procreates with the biggest famewhore ever, Kim Kardashian.

Even though Peter LIVES for a clapback and throwing shade, he is pointing the finger at him and his wife’s appearance on RHOA as the source of their marriage’s failure. And yet, Peter is proud to say he’s coming back to the next season of the show.

During the roughly 10-minute interview, Peter claims that Cynthia didn’t enjoy being married as much as he did. He chalks this up to her being used to being a single, independent woman for so long. He also claims he NEVER cheated on Cynthia, and the photos and videos that caused so much scandal on social media and the show were merely photographs or videos taken completely out of context.

Watch Peter Thomas explain it all to Wendy below.

I think Peter is giving us very little to go on here. Cynthia will fill in the blanks much better during the show no doubt. Because as it stands, it’s really not clear why they split, if everything Peter says is true.