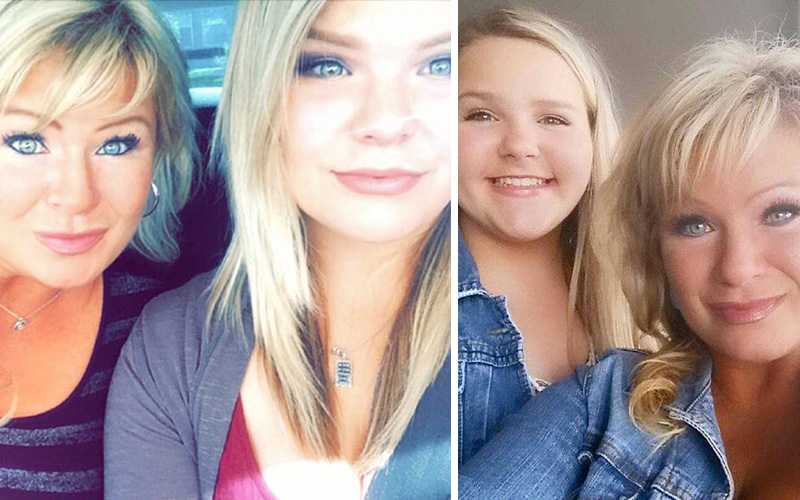 As police continue to investigate the circumstances surrounding the shooting deaths of two young Katy, Texas women by their mother, it appears the family’s home life wasn’t as idyllic as it appeared to be from the outside.

42-year-old Christy Sheats gunned down her daughters, Madison, 17, and Taylor, 22, on Friday evening (Jun 24) in the midst of a family meeting, according to the New York Post. Madison died at the scene while Taylor succumbed to her injuries at a Houston hospital. Police shot and killed Sheats when she refused to drop her weapon. Sheats’ husband, Jason, 45, escaped unharmed.

In September, Sheats gave a loving shout out to her children on Facebook to commemorate Daughter’s Day. “Happy Daughter’s Day to my two amazing, sweet, kind, beautiful, intelligent girls. I love and treasure you both more than you could ever possibly know,” she wrote.

But things weren’t as picture perfect in the Sheats’ household as the matriarch may have led people to believe. Catilin Espinosa, a spokeswoman for the Fort Bend County Sheriff’s office told People that authorities had been called to the Sheats’ home “for previous altercations” involving Sheats’ “mental crisis.” Details have yet to emerge.

Police will likely be piecing together the events that led up to this horrific occurence, but here’s some additional news about the Sheats family and that fateful evening.

1Christy May Have Intended to Kill Her Entire Family

Reports are now circulating that Sheats’ husband, Jason, 45, (whose birthday was on Friday) was lucky to escape with his life. Sheats had turned the gun on her husband but ran out of bullets, according to Hollywood Life.

While Christy went back inside the house to reload, Jason ran to a neighbor’s house where he pleaded with them to call 911. When Christy emerged from the house, she shot her daughter Taylor twice more, once as police looked on.

2Marital Strife is a Possible Motive

While there seems to be little doubt that a family argument triggered the violent encounter, Christy and Jason Sheats’ trouble marriage could also have played a role. The couple had recently reconciled after a brief separation, but it appears they hadn’t resolved their issues.

A family friend, Madison Davey, told news station KTRK that she had spoken to Jason after the shooting and that he admitted to provoking his wife during the family squabble.

3Taylor Sheats Was Days Away From Getting Married

Taylor was set to marry her boyfriend of four years, Juan Sebastian Lugo, on June 27 in an intimate ceremony, the Daily Mail reported.

Lugo’s sister Maria posted a tribute on her Facebook page following the shooting.

“Yall were part of our family, and that will never change. The greatest in laws anyone could have, and the sweetest, most wholesome and caring girls in my life.”

4Christy’s Own Father Almost Got Caught in the Crossfire

Law-enforcement sources told the New York Post that Christy Sheats was “hell bent on shooting her two daughters, and in the process, almost murdered her own father.” He apparently arrived after the shooting began and pulled his car into a neighbor’s house to avoid the chaos.

5The Murder Weapon Was Supposed to Be for Protection

The five-shot .38 Caliber gun Christy Sheats used to kill her daughters was passed down by her great-grandfather to “protect the family,” according to Davey.

Christy Sheats was vocal via social media about her pro-gun stance.

“It would be horribly tragic if my ability to protect myself or my family were to be taken away,” Sheats posted on Facebook in March of this year, “but that’s exactly what Democrats are determined to do by banning semi-automatic handguns.”