GOSSIPONTHIS.COM Hip Hop Watch T.I. Curve a Fan Who Tries to Steal a Kiss From... 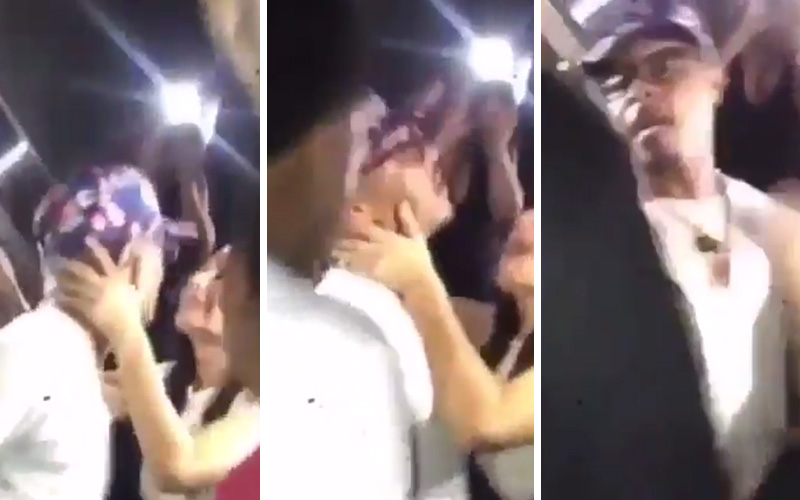 T.I. hit the ultimate curve on a fan who got way too close for comfort during an appearance he made over the weekend.

Tip was walking through a crowd of people when some random woman grabbed his face and tried to plant a wet one on him. The husband and father of six managed to pull himself out of the way just in time to miss the woman’s kiss, and the footage of his reaction is priceless.

T.I. later tweeted about the incident and made it clear that he wasn’t going for it.

“Maaaaan I dont know what da fuq made Shawty think she was just Gon get some Sugar!Not MY lips ma’am. Shiiii-iiiit!”

Maaaaan I dont know what da fuq made Shawty think she was just Gon get some Sugar!Not MY lips ma'am. Shiiii-iiiit!? pic.twitter.com/dugA9K4ZcJ

If only Tiny had been there when this happened, now that would have been something to see!