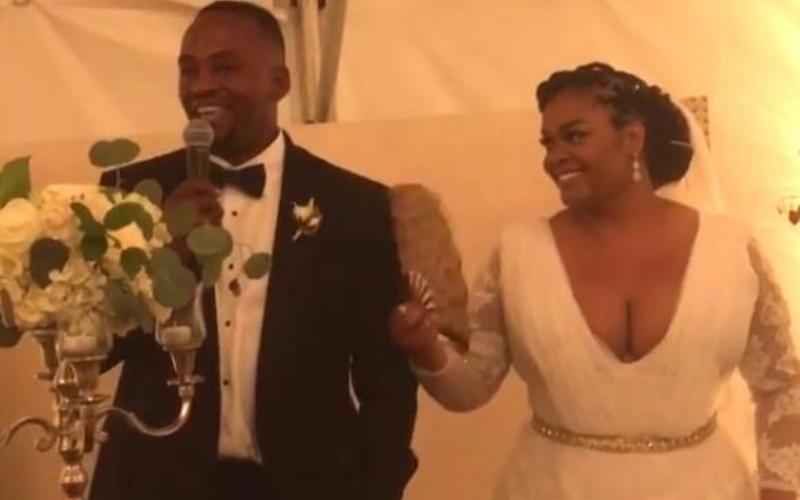 Jill Scott is a happily married woman, everybody!

Who knew the neo-soul singer was even engaged? The surprise nuptials took place Saturday, June 25th in Nashville. However, news began to spread the day after when photos and video footage began to surface on social media.

Much is unknown about the groom, Mike Dobson. All we know is that he’s a native New Yorker and he certainly knows how to keep a secret. Apparently Scott and Dobson have been planning their special day for at least a year.

DJ Mars, Dobson’s close friend and the couple’s wedding DJ, was one of the first to reveal details about the ceremony. While posting videos and photos, he commented:

Scott looked gorgeous in a white lace gown, accessorized with a gold belt. Only close friends and relatives were invited and informed to wear all white. Photos and videos can be seen of the couple and Scott’s son enjoying the day.

Though the event was a surprise to us, Scott herself was also surprised when Big Daddy Kane showed up. The rapper gave an impromptu performance at the reception while Mars was playing “Smooth Operator.”

This will be Scott’s second marriage.

We wish the newlywed couple much love and happiness as they begin this wonderful new journey together.

Check out the pics/video footage from the surprise nuptials below. #PressPlay: Guess who just tied the knot…. My girl #JillyFromPhilly and #MikeDobson. Congrats to the happy couple! #JillScott

I love surprises & weddings. Congrats to the beautiful @missjillscott & her beau. This just warms my heart on this Beautiful Sunday y'all. Repost by @djmars404 ・・・ So,Mike Dobson called me and said I'm going to surprise my wife during the reception and have Big Daddy Kane perform. He then says,"Mars you call Kane to work it out". So im gassed because I'm on the phone strategizing with arguably one of the best rappers period(top 5 of anyone's list)! Me and Big Daddy Kane on the phone,im geeked! No one knew but me and the husband knew he was about to perform. Dude walks in and they didn't even recognize him until he starts rapping. Her face is soooo priceless! #jillscott #mikedobson #snoblife #bigdaddykane #djmarsapproved #kandiburruss 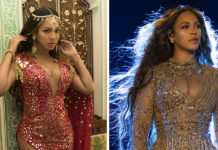