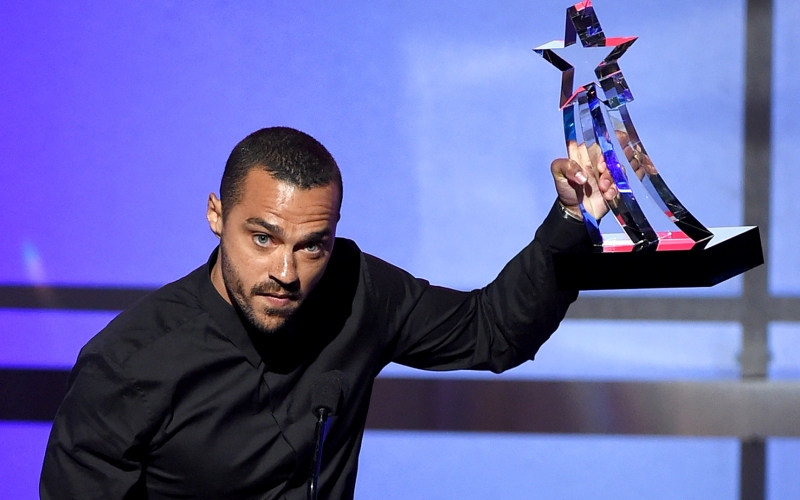 No, seriously. Is it too late for Jesse Williams to run for president? Many were ready to cast a vote for the actor after his impassioned speech at the BET Awards.

Williams received the Humanitarian Award for his commitment to fighting for civil rights and social justice for the African-American community. He did not take honor lightly and took the opportunity to speak some truth to the live audience and the millions of people watching.

Almost poetically, The Grey’s Anatomy star addressed police brutality, institutional racism, white privilege, and racial inequity. He spoke the names of those that have died at the hands of police officers like Tamir Rice, Sandra Bland, and Eric Garner. He championed the unsung heroes fighting social injustice daily, the young people mobilizing for a change, and black women.

Basically, he was preaching to the people. Social media immediately reacted as he walked off the stage with his fist in the air.

Jesse Williams is like who has time to think about how handsome I am, when Black lives still don't matter. He's not playing with y'all

Me sitting here tryna figure out why Jesse Williams didn't run for president this year pic.twitter.com/bXEkVUIWzA

If anyone didn’t know who Williams was or why he was deserving of such an honor, they definitely do now. As Debra Lee (BET President and CEO) stated, he is the “essence of a modern civil rights legend in the making.”

It’s hard not to have been moved by Williams’ power speech. Even though he probably would be a better option the two candidates actually running for president, it’s unlikely the actor will seek elected office any time soon. (For one, he has a year left until he meets the age requirement.) However, his ability to inspire and be “woke,” as the kids say, is one thing we can be sure to count on.