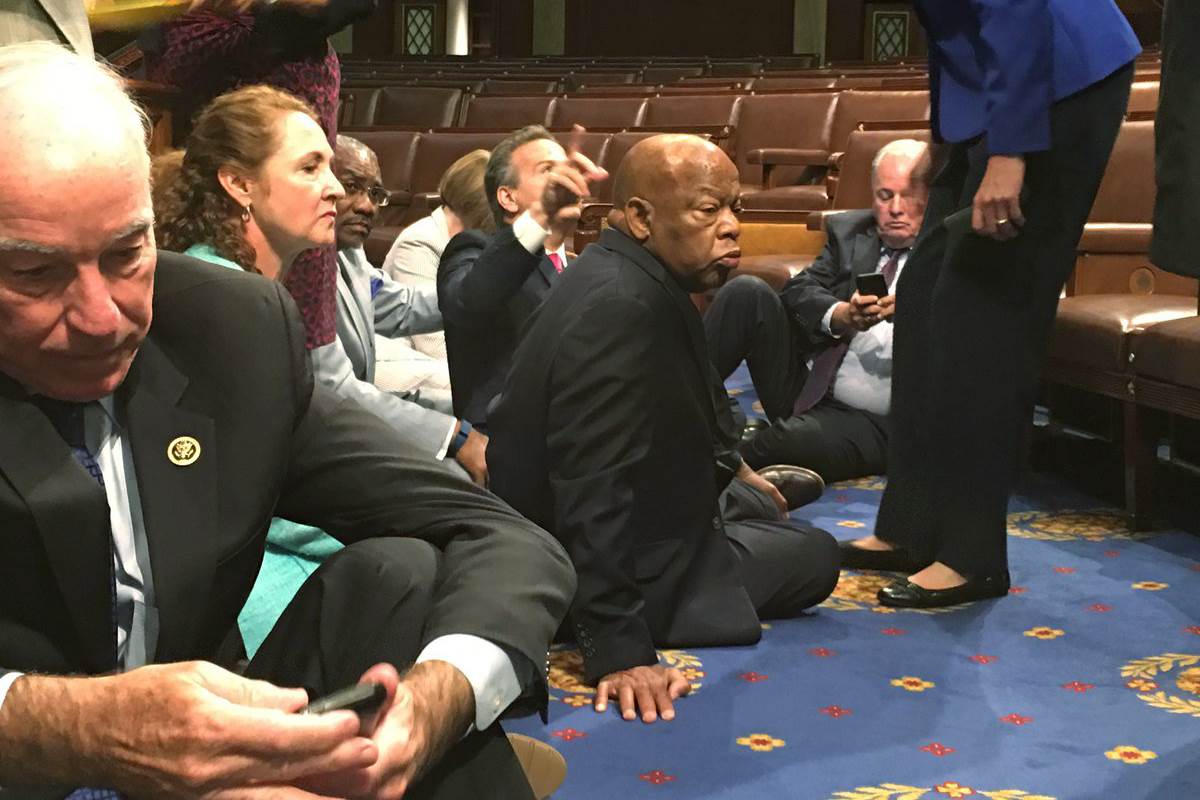 Following the tragic shooting in Orlando, calls for increased laws on gun control rose up around the country. As always, the arguments were split across party lines, with the majority of Democrats calling for action, and most Republicans fighting their efforts.

The Democrats, tired of seeing history repeated, took a different strategy. Last week, Democrats in the Senate held a 15 hour long filibuster to force a vote on a number of gun control measures. Led by a senator from Connecticut — Chris Murphy — Democrats stalled a vote on a spending bill to add amendments aimed at gun control.

After 15 hours of filibustering, Republicans finally agreed to bring the issue to a vote. Unfortunately for Americans who had hoped there would be any change in the current gun control laws, the Senate proceeded to vote down 4 separate measures restricting gun sales.

Should we be surprised? Gun control is one of the most divisive issues in American politics, so to think there would be any sweeping changes (even after the most deadly mass shooting in American history) is idealistic at best. And that’s that, right?

Lewis, a former civil rights activist, is employing a largely successful strategy used during the civil rights movement — the sit-in. He, and roughly 40 fellow House Democrats, have vowed, “to occupy the floor of the House until there is action.” Chants of, “I’m sick and tired of being sick and tired!” and “No bill, no break!” echoed throughout the halls of the house as the democratic members disrupted Congress.

You won’t find this revolution being televised, however, as the House is not formally in session right now. But, the protestors took to Twitter to share their actions with the world and galvanize support using the hashtags #noBillNoBreak and #NOMORESILENCE as well as #goodtrouble.

We are one people, one family, one America. We must come together to fight the senseless plague of gun violence. https://t.co/nuK39eqSAG

They can turn off the cameras but they can't keep us quiet. #NoMoreSilence. We want a vote on gun reforms pic.twitter.com/ETZX1WM03b

I'm on the House floor with @repjohnlewis & Dems staging a sit-in to demand action on commonsense gun legislation pic.twitter.com/byIivby5gG

Sign on the floor w/ number to call Reps on #NoBillNoBreak. Your voice matters! #HoldTheFloor pic.twitter.com/Yz9wStCuDq

Whether or not their tactic will prove to be successful remains to be seen, but at the very least, we must commend their actions in fighting for something they, and many Americans, believe in.