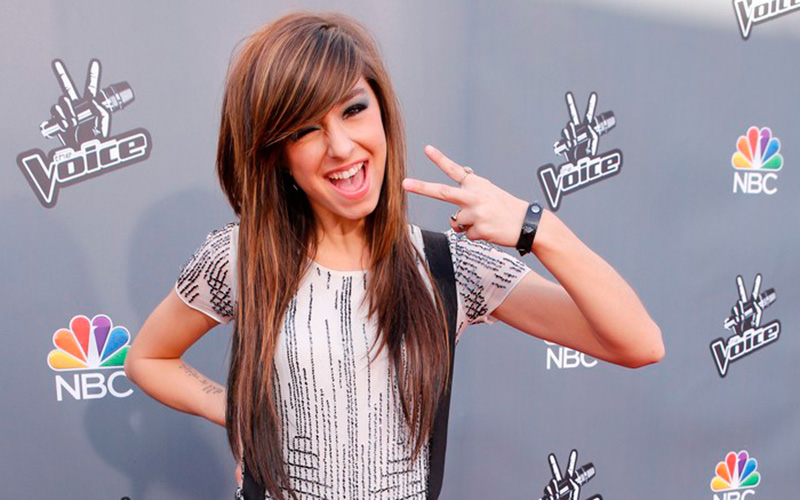 Singer Christina Grimmie, an Internet sensation who starred in NBC’s The Voice, died early Saturday (Jun 11) after being shot at a concert in Orlando, Florida. She was 22 years old.

Her publicist has confirmed the sad news with multiple media outlets with the following statement:

“It is with a heavy heart that we can confirm that Christina has passed and went home to be with the Lord. She was shot at her show in Orlando and, unfortunately, didn’t survive the gun shot wounds. We ask at this time that you respect the privacy of her family and friends in their time of mourning. If you’d like to give back to Christina’s family in her memory, please consider donating to the families GoFundMe page in their time of need.”

According to reports, an unknown male assailant walked up to Christina Friday night (Jun 10) during an autograph signing after her show with the band Before You Exit, and shot her before turning the gun on himself and committing suicide.

Grimmie was rushed to the hospital with critical injuries and was pronounced dead a few hours later.

“Upon arrival officers found the male suspect, who was deceased and one victim who was gravely injured. That victim, singer Christina Grimmie, was transported to the hospital with critical injuries,” the Orlando Police tells E! News.

“Detectives were told the suspect, who is not being identified at this time, walked toward Christina and shot her. Christina’s brother immediately tackled the suspect stopping him from causing any more harm to Christina and her fans. During the struggle, the suspect shot himself. The suspect was pronounced dead at the scene.”

Police tell us the investigation is in its preliminary stages.

Christina Grimmie was a Top 10 finalist in the sixth season of NBC’s “The Voice” in 2014. Her audition performance, Miley Cyrus’ “Wrecking Ball,” resulted in all four judges turning their chairs for her, but she ultimately picked Adam Levine as her coach. She finished the show in third place.

Following the news of Grimmie’s hospitalization, The Voice tweeted: We are heartbroken. @TheRealGrimmie is a loved member of our family. Our thoughts are with her and her family. #PrayForChristina.”

After the news of her death, the show wrote: “There are no words. We lost a beautiful soul with an amazing voice. Our hearts go out to the friends, fans and family of @TheRealGrimmie.”

On Instagram, Grimmie’s former coach and mentor Adam Levine posted a throwback photo of him and Christina. “I’m sad, shocked and confused. We love you so much Grimmie. We are all praying hard that you can pull through this…this just isn’t fair,” he wrote in the caption.

We are heartbroken. @TheRealGrimmie is a loved member of our family. Our thoughts are with her and her family. #PrayForChristina

There are no words. We lost a beautiful soul with an amazing voice. Our hearts go out to the friends, fans and family of @TheRealGrimmie.

Before Grimmie was exposed to a national audience by mean of The Voice, she had already developed a loyal following on the Internet via YouTube, where she had over 3 million subscribers.

In 2011, three years before her stint on the voice, Christina Grimmie independently released her debut EP Find Me, which peaked at 35 on the Billboard 200 chart. The album also debuted at No. 11 on the Billboard Digital Albums chart.

Grimmie’s debut studio album, which would unfortunately end up being her only album, was released in 2013, and earlier this year she released her second EP, Side A, which consisted of four songs, and was supposed to be a followed up by Side B.