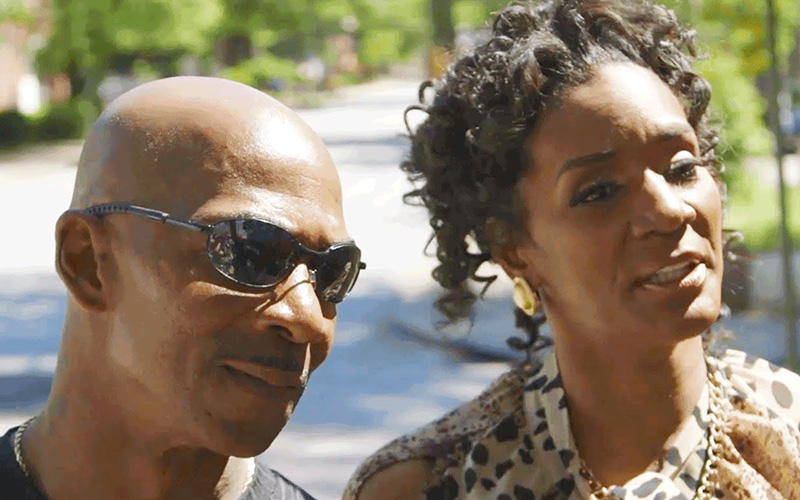 When two people get married, they traditionally take vows “to love and to cherish” one another. Momma Dee and her jailbird husband Ernest Bryant, however, must’ve taken a completely different set of vows because those two don’t know the meaning of the phrase “holy matrimony.” And no, it’s not just because neither could spell it either.

On recent episodes of Love & Hip Hop Atlanta, viewers have beared witness to the dysfunction and discord that is festering between Momma Dee and her second-time husband, Ernest.

Ernest took things a step further, however, by blabbing to Momma Dee’s newest enemy on the show, Miss Shirleen (aka Rasheeda’s mama). He told Shirleen that Momma Dee is not only bipolar (are you surprised?) but that she also mixes alcohol consumption with her prescription medications, reports Straight from the A.

Momma Dee caught wind of Ernest’s comments and she didn’t take too kindly to them, so she decided to give Ernest a good ol’ fashioned clapback on Twitter.

What I want the world 2 understand is that I do struggle with Bi Polar & an occasional cocktail but let's talk bout my husband shall we?

He smokes 5 cigarettes in a matter of 20 minutes, he has never been to the doctor for a physical except for the one they give you in jail..

And he doesn't believe in paying bills.. He works 2 jobs that I pulled to give him & when we fight he threatens 2 move 2 his mommas house!!

Well, alright then. While I can appreciate a good clapback like anyone else, Momma Dee is kind of ethering herself by slamming Ernest like this for being a no-good, unemployed, money-mishandling mama’s boy because she CHOSE him. In fact, she chose him TWICE, since she married, divorced and remarried this idiot.

So Ernest might be all of those things, but what does that make you as his two-time wife, girl?

Careful now, self-inflicted wounds do the most damage.