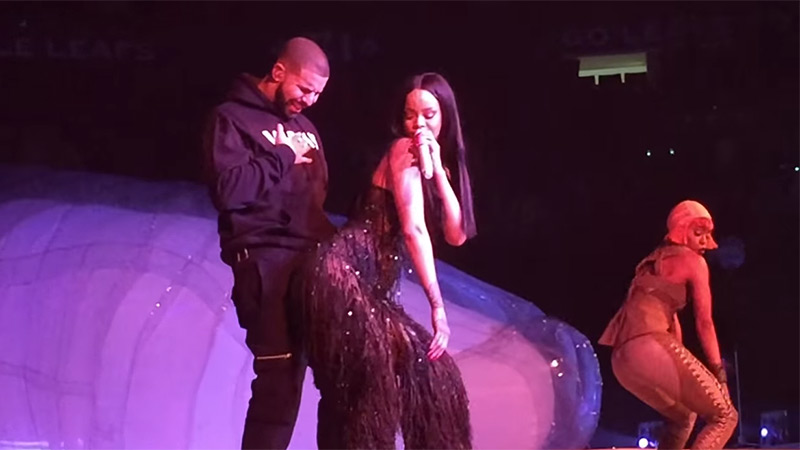 While Rihanna was the one who proclaimed back during the Rated R era that her “reign ain’t gon’ let up,” the truth is that Drake‘s reign is probably the only thing that could truly threaten or dwarf RiRi’s worldwide domination.

We already covered Drake’s effusive compliments about Rihanna during her recent stop in Toronto on her Anti Tour, but now we have actual fan footage of the performance that set Drake’s body, heart, mind and genitals on fire.

The Canadian and Barbadian wonders did a little bump ‘n’ grind for the masses. First, to the dutty wine sounds of their chart-topping collaboration “Work.” Then Drizzy transitioned to his equally twerkable “One Dance,” which he released on iTunes earlier this month. Lastly, he closed with his trap anthem “Jumpman.”

Check out Drake’s mini set from Rihanna’s concert below: