GOSSIPONTHIS.COM Music Rihanna Hands Mic to Fan Who Surprises Her With His Amazing Singing... 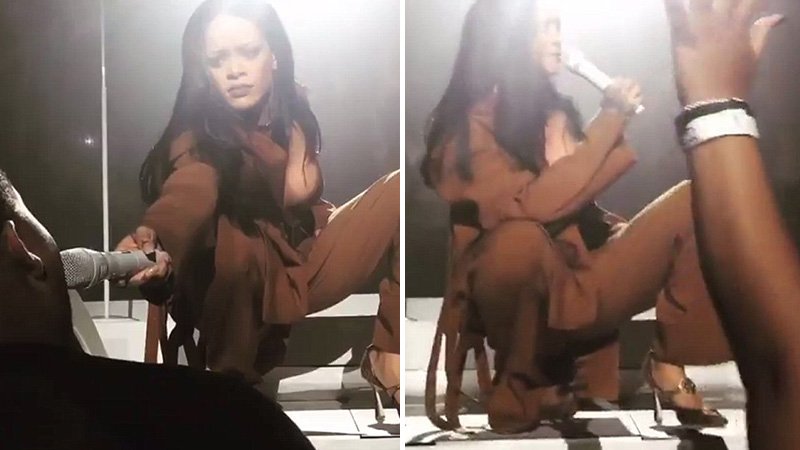 Rihanna was totally blown away by a fan during a stop for her “Anti” World Tour this past weekend.

While performing “FourFiveSeconds” at her show Saturday night (Mar 19) in Cincinnati, Ohio, RiRi passed the mic to a male fan in the crowd who absolutely killed it.

Video of the fan singing has gone viral and Rihanna’s reaction is priceless.

You must have been sitting RIGHT next to @TerahJay last night ???? RT @classifiedhoe: they both snatched me LAWD pic.twitter.com/avZfZxVDfw

The fan, whose name is Terah Stewart, tweeted about the moment later that night. According to TMZ, Stewart has been singing in choirs his whole life and he has dreams of taking his talents to Broadway.

I just sang with @rihanna….

I just sang with @rihanna!!!!!!! Ajsjdhrbtbdjsudbfbsjsjjdhdbfbshsjdndndjzhdjdbdbdnndndhdh

Y'all don't understand how long I have been riding for @rihanna. I will never forget this. She followed me too. #NavyForFuckingLife !!!!!!!