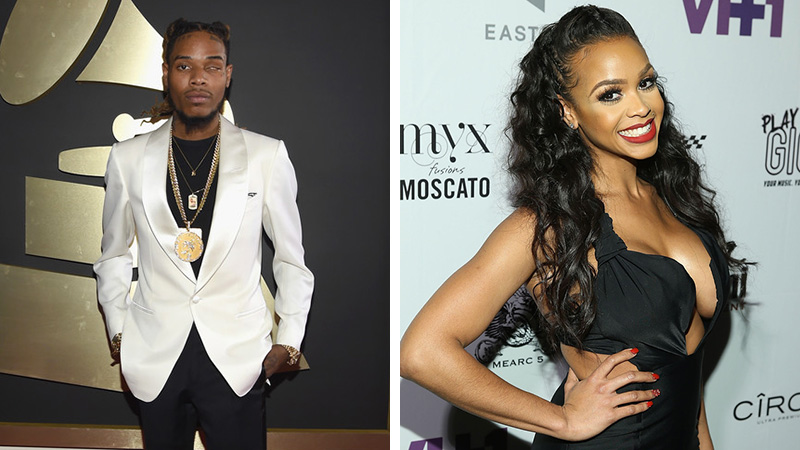 Since Masika revealed that she was pregnant with Fetty’s baby at the end of last year (just months after the release of their catchy collaboration single “Ándale”), things between the two haven’t been on the best of terms.

After initially denying claims that he is the baby’s father, Fetty later admitted that he did have unprotected sex with Masika during an interview with The Shade Room, but believed Masika got pregnant on purpose by him just to get a check. Well, either Fetty has had a serious change of heart or he finally realized that beefing with your baby mama is never a good look because the “Trap Queen” rapper took to Twitter Thursday (Feb 18) to apologize to Masika and to say he’s now serious about being a parent.

@masikakalysha everything may not b okay but I want what's best for the baby so I apologize ?

Masika, who, according to this Instagram post, is about eight months pregnant, accepted Fetty’s apology and also thanked him.

Thank you… Me and baby appreciate the apology. https://t.co/kW3l2eydeR

So all it takes is a quick tweet and everything is all better now? Chile please!

Meanwhile, Masika has been documenting her entire pregnancy (starting at six months) on Instagram. Look below for a quick journey through the miracle of life:

These past 6 months have been crazy.. But I'd do it all over again just to have you baby… My perfect sweet glory… You're everything I've ever done right. My personal connection to the sun. I love you to an extreme that I've never achieved… Now I know my purpose in this life cuz God made you for me.. ❤️ Mommy #6months #KBM