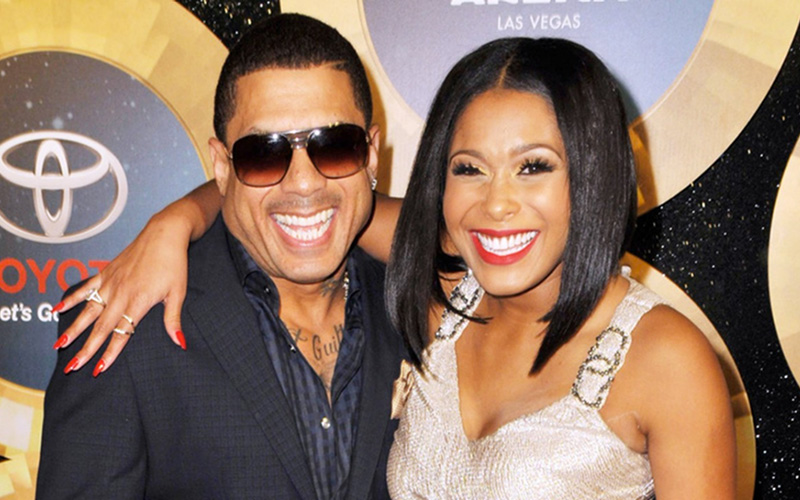 Benzino and his fiancée Althea Eaton (aka “Althea Heart”) are having a baby, which is good news for Zino, because 2015 hasn’t been the greatest year for the former “Love & Hip Hop: Atlanta” star.

If you can recall, Benzino was arrested back in January after a loaded 9 millimeter gun was found in his carry-on bag during a security checkpoint at Hartsfield-Jackson Atlanta International Airport, and he was later released on $3K bail.

Less than three weeks later, in February, Zino was pulled over in Atlanta for not wearing a seat belt. Cops found weed in Benzino’s car and he was taken into custody and charged with a belt violation, suspended license, and possession of marijuana.

None of this has been really a good look for Benzino, considering he had already been booted from “Love and Hip Hop: Atlanta” for allegedly making death threats to the cast and producers.

But now things may be starting to look up for the little guy with no neck, because TMZ reports that Benzino and Althea (who also appeared on LHHATL and was kicked off along with Benzino) are expecting their first child together!

The couple — who are rumored to be pitching a reality show (possibly called “Married to Hip Hop”) — revealed they are having a baby boy and Althea is already five months pregnant.

Althea shared a screenshot TMZ’s story about her pregnancy on her Instagram page  to further confirm the news.

Benzino also shared the happy news on his IG page:

Back in March, Althea announced she was pregnant on her IG page before deleting the post. The couple denied pregnancy rumors and played it off as if it was a practical joke.

This time, however, the couple is sticking to their word, and we think this could be possibly a good thing for Benzino, who is already a father to a son and daughter, Taj and Brittney Collins, from a previous relationship. A new baby could definitely slow him down (at least for now).