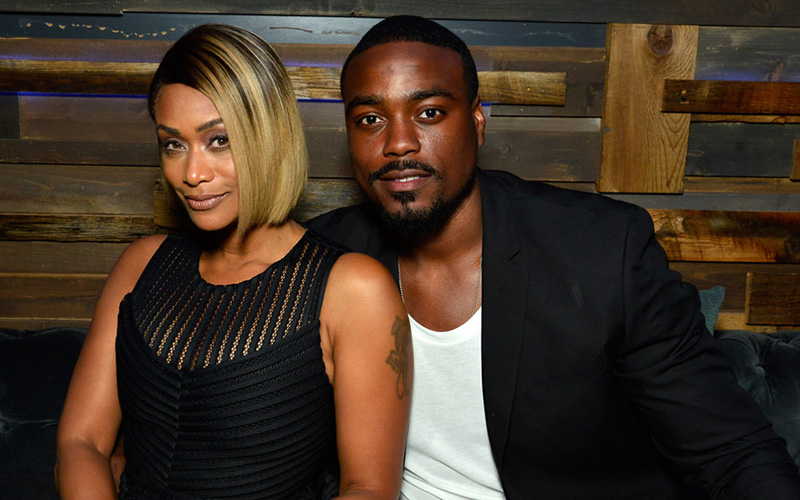 Tami Roman from VH1’s “Basketball Wives” has a huge announcement to make: she’s six weeks pregnant with her third child!

The 45-year-old — who currently stars alongside her boyfriend Reggie Youngblood on the latest season of “Marriage Bootcamp,” and will appear in the upcoming fourth season of “Basketball Wives: L.A.” — announced the news Monday night (Jun 22) while sitting with Stevie J and Big Tigger during an appearance on VH1’s “Love & Hip Hop Atlanta Afterparty Live.”

“I feel it’s the perfect place to let everybody know that I’m granting wishes. I am six weeks pregnant.”

When asked about marriage, Tami played coy, saying, “We can’t … we’re not really going to discuss it at this time.”

Fans of the reality star were a bit shocked by the baby announcement. While some were excited about Roman’s pregnancy, others believed she told the world about 6 weeks too early, as most women wait until they are 12 weeks pregnant before they tell those outside of their inner circles.

“Bit early to make that announcement no?” on fan tweeted. “Too early to announce a pregnancy but best wishes to her. I’m sure she will consider marrying that guy now,” tweeted another.

Tami — who was a cast member of the original “Real World” and was featured last month with her boyfriend on “Celebrity Wife Swap” — already has two older daughters (Jazz and Lyric) from her previous marriage to NBA star Kenny Anderson. This will be the first child for Roman’s boyfriend, who is 17 years younger than she is.

Following her big announcement, Tami took to Twitter thanking her fans for all the “love” and “well wishes” they were sending her:

Thanks for the well wishes everyone, it’s been hard keeping it a secret, but we are thankful for all the love. Now the journey begins!