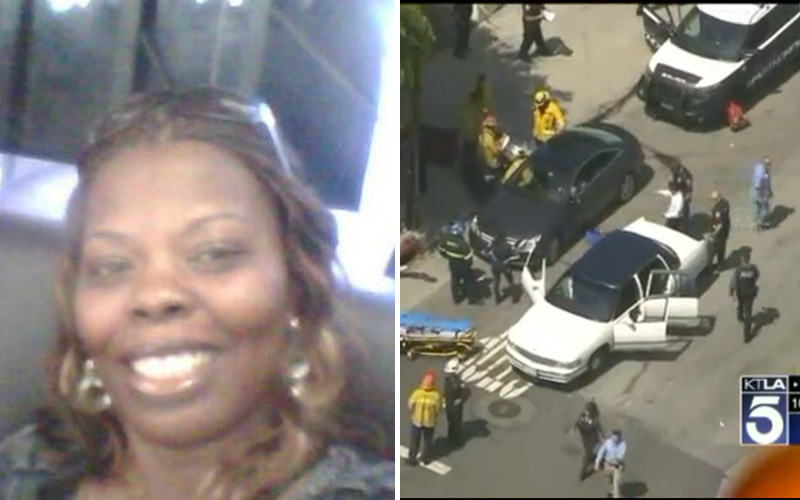 A 44-year-old mother was recently killed in front of her 12-year-old son after they laughed at a man whose feet was dangling out of a car window.

Last Wednesday (Apr 1), Denise Berry and her son were on the way to a barbershop in Los Angeles when they both got a good, innocent laugh after seeing a man sitting in a Cadillac with his feet hanging out of the window.

At some point, Berry’s son made eye contact with the man — who neither she nor her son knew would be taking one of their lives moments later, all over a few giggles.

After driving for a while, the mother noticed the man along with two other men were following her and her son. She then pulled up to a police officer and told him she thought she was being followed, only for the gunman to get out of his car and open fire at her Mercedes Benz.

The police officer returned fire and killed the gunman, however Berry died at the scene from gunshot wounds. Her 12 year-old son (who was also struck with bullets) was able to run away and even talked with cops before undergoing surgery.

The gunman was later identified as 38-year-old Robert Washington.

Two other men who were in the 1994 Cadillac — the driver and backseat passenger — were arrested. They were identified by Los Angeles County Sheriff’s Department Lt. Dave Coleman as half brothers: Stanley White, 24, of Rancho Cucamonga; and Brandon White, 19, of Long Beach.

A candlelight vigil was held by family and friends for Berry last Friday.