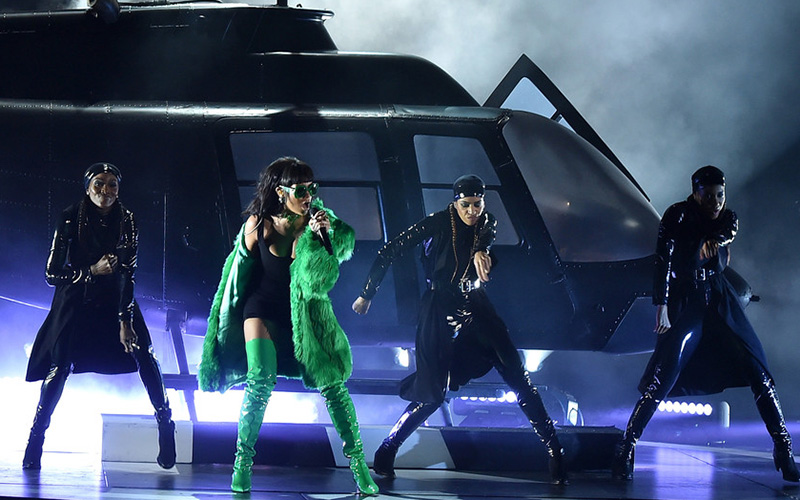 In her first performance of the year, Rihanna hit the stage Sunday night (Mar 29) at the iHeartRadio Music Awards and debuted her brand new single “Bitch Better Have My Money.”

Who wore it better tho? @rihanna or The Riddler? #iHeartRadioMusicAwards 💚😎💚😎 pic.twitter.com/V5dbp9QUwL

Dressed in a furry, money-green outfit that made her look like The Riddler (or Lil Kim in the “Crush On You” video, depending on who you ask), Rihanna — after emerging from a helicopter — slayed the stage with a performance of the second single from her upcoming eighth studio album, rumored to be titled ‘R8.’

Watch Rihanna kill it below: