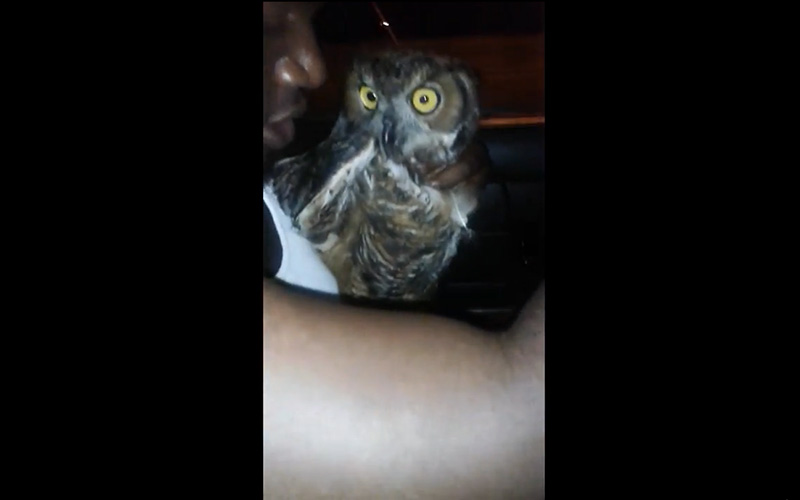 The drugs can’t be that good, can they?

Video of two South Florida men riding around and getting it with an owl in their car has sparked huge outrage online.

In the video, which was originally shared on Facebook and reposted on WorldStarHipHop (where it has received over half a million views), one of the men drives with the owl sitting in his lap while the other shouts out, “We chillin’ with an owl right now, and we vibin’.”

According to WSVN, the same man driving is believed to have updated his Facebook page stating he and a friend were ‘”drunk and high” riding around with an owl in the car and were going to eat the animal when they got home:

“3 a.m. in the morning we are drunk and we are high. We bout to take this thing home and eat it up, just found it on the road.”

Wildlife officials and animal advocates are speaking out against the video and are concerned about what happened to the animal after the two men captured it and took it home.

“Having an owl like this in your possession is a felony,” David Hitzig of Busch Wildlife Sanctuary said.

The wild life expert also said the two men are lucky the animal didn’t attack them because they are extremely dangerous, but his biggest concern is about the owl.

“To me, the concern is where’s the owl now? What happened to the owl? You know, did anybody cause harm to the owl?” Hitzig said.

KTLA reports that the man seen in the video is being investigated.