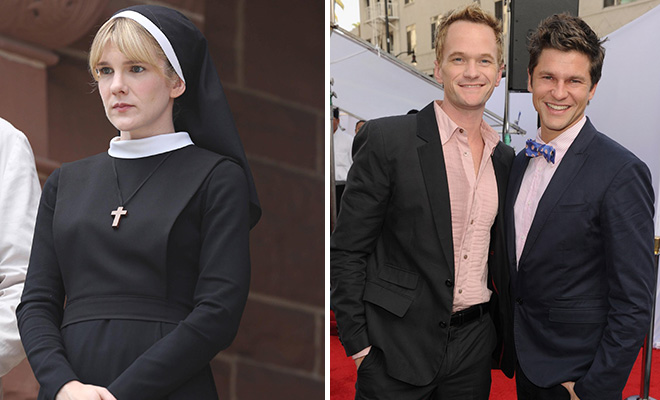 According to EW, actress Lily Rabe — who was a main character in the first three seasons of “American Horror Story” (Murder House, Asylum and Coven) — will be appear on “Freak Show” later on in the season to reprise her role as nun Sister Mary Euniece from “AHS: Asylum.”

The reason for Sister Mary’s return involves Pepper (Naomi Grossman) and how she ended up going from the freak show to Asylum‘s titular institution, Briarcliff. Rabe’s appearance will be on AHS‘ 10th episode, which is their big winter cliffhanger.

Rabe will reportedly shoot her spot this weekend.

Meanwhile, fans of AHS are in for yet another surprise this season. According to multiple confirmed reports, actor Neil Patrick Harris and his real-life husband David Burtka are set to make random appearances in episodes 11, 12 and 13.

Harris will appear in Freak Show‘s 11th and 12th episodes as a chameleon salesman, while Burtka will turn up in the season finale (Episode 13) in what I’m told is a sexy storyline with Jessica Lange’s batty chanteuse.

Earlier this month, Horror Story puppetmaster Ryan Murphy — who invited AHS super-fan (and good friend) NPH on the show via Twitter back in August — told TVLine of Harris’ forthcoming Freak Show stint: “He had very specific ideas for what he wanted to do, and I had very specific ideas, so we’re working on melding those.”

We know whatever ideas they come up with, they’re going to be great! 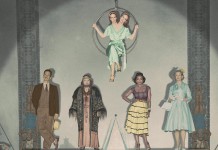