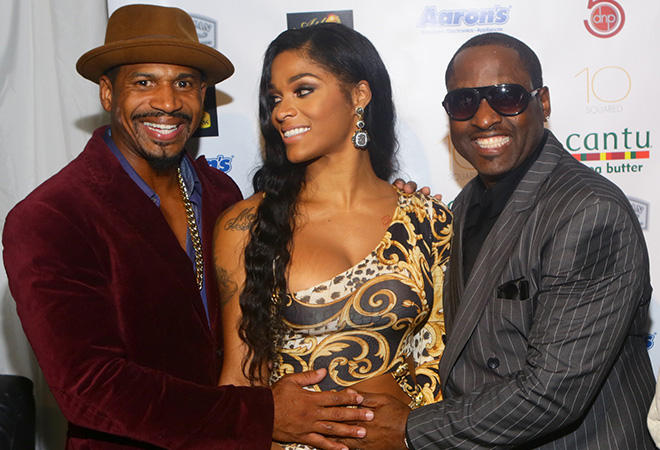 Earlier this month, word got out that “Love & Hip Hop Atlanta” stars Stevie J & Joseline Hernandez were having a baby, but is it too far fetched to believe that this whole thing could be one big publicity stunt to drum up ratings for the show?

In a recent interview with Milwaukee, WI radio station V100.7, Stevie J — while fielding questions regarding the legitimacy of his so-called “marriage” — hinted that Joseline was pregnant, saying that the two of them were “expanding the Jordan family.”

In an interview with V100.7?s Reggie Brown, Stevie dropped the alleged bomb saying his marriage with the Puerto Rican Princess is the real deal and then adding “we got a new addition with the family too, but I don’t wanna say too much, you know what I mean? We’re expanding the Jordan family, if you understand what I mean.”

But before you start congratulating the couple on their “new addition,” read this report from Sandra Rose:

A source close to reality TV stars Joseline “Jose” Hernandez and Stevie J reached out to Sandrarose.com this morning to say Joseline is not pregnant.

Joseline showed up to ATL Live On the Park event dressed in very unmaternal attire. In one photo, Stevie J and singer Johnny Gill covered Joseline’s abdomen with their hands in the universal sign for pregnancy. But her tummy is as flat as a pancake.