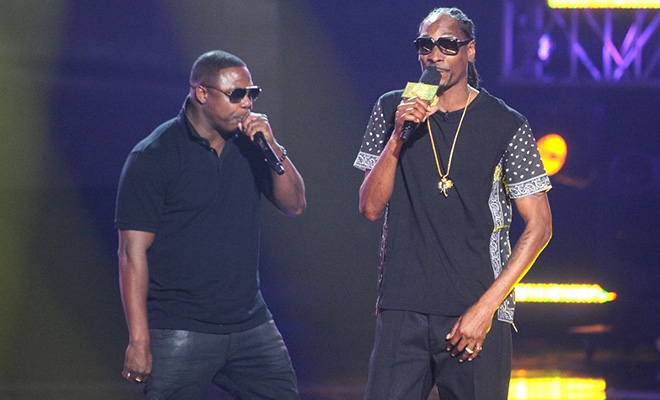 Common, Jay Electronica and Vince Staples honoring Mike Brown was a very emotional moment for the BET Hip Hop Awards, but another touching moment came when Doug E. Fresh took to the stage to accept his “I Am Hip Hop Award.”

As the Hip Hop legend accepted his award, he broke down into tears in the middle of his acceptance speech as he paid tribute to his mother, who recently passed away.

“I lost my mother five weeks ago,” Fresh revealed through tears. “I would like to acknowledge my mother because she was there for me since day one. My mother had Alzheimer’s and before she passed away she made a voice recording.”

Fresh then played the voice recording, and needless to say, the crowd at the Atlantic Civic center was moved and it looked like everyone was chopping onions.

The sadness in the room quickly turned to joy though because Uncle Snoop came out, handed Doug E. his “best friend” (a mic), and told him to “make mama proud” right before the duo kicked off an impromptu performance of his 1985 classic “La Di Da Di,” with Snoop spitting Slick Rick’s verse and Doug. E beat-boxing in the background.

Watch the performance above, and take a look at the human beat box’s heartfelt speech below: