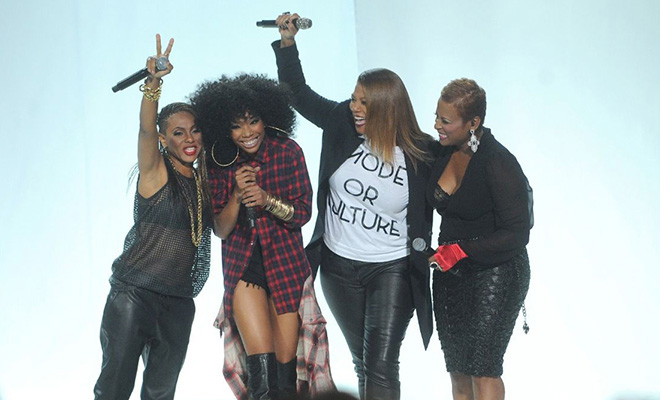 One of the best performances from the 2014 BET Hip Hop Awards came when Brandy re-united with female rappers Queen Latifah, MC Lyte and Yo Yo to perform the Hip Hop remix of “I Wanna Be Down” in front of an all-white backdrop.

This year marks the 20th anniversary of the remix, and the four ladies appeared together on The Queen Latifah Show back in April to discuss how the popular song came to be.

Watch the four queens shut down the Atlanta Civic Center stage at the 2014 BET Hip Hop Awards above!