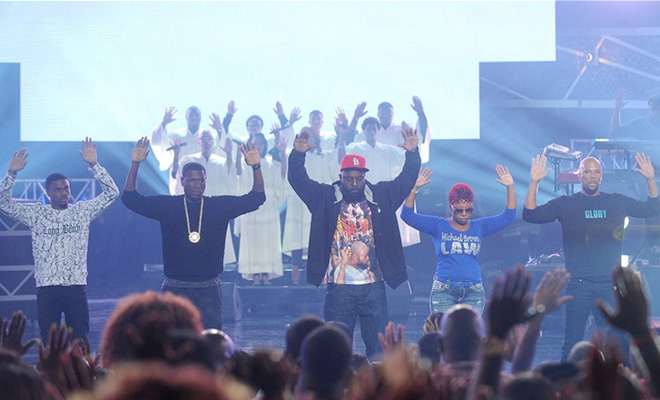 The most touching moment of the 2014 BET Hip Hop Awards was when Common was joined by Jay Electronica, Vince Staples and a choir for a performance of the remix to his “Kingdom” single. The end of the performance featured a surprise (and warmly welcomed) appearance by Mike Brown’s parents.

“We do this for the people, black people all around this country that go through the struggle,” said Common. “We do this for our lost soldiers, our fallen soldiers.”

At the end of the performance, he brought out the parents of Mike Brown. The crowd put their hands in the air and there was a moment of silence in remembrance of the unarmed black teen who was killed by a white police officer in Ferguson.

Watch the performance above!