GOSSIPONTHIS.COM Entertainment Taylor Swift Shakes It Off at the 2014 MTV VMAs 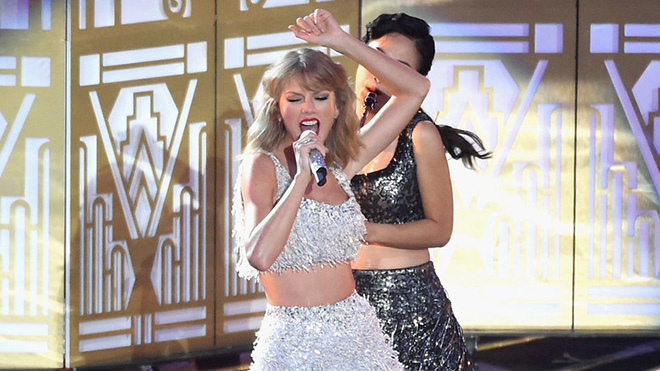 Taylor Swift performed her new single “Shake It Off” for the first time ever tonight at the 2014 MTV Video Music Awards.

She also kinda sorta threw shade at Nicki Minaj’s backup dancer who got bit by a snake yesterday during rehearsals.

“Shake It Off” is the first single from Tay-Tay’s upcoming fifth studio album 1989, due out October 27th.

Watch Taylor Swift “Shake It Off” at the 2014 MTV VMAs above!