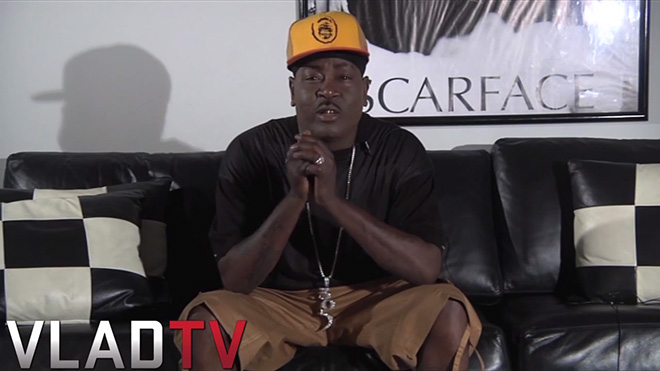 Trick Daddy likes to eat booty and wants the world to know how much he enjoys doing it.

Miami’s Finest recently sat down with VladTV and spoke on his new crew the “Eat A Booty Gang,” whose motto is “baby lay down, we got you,” which doesn’t really need to be explained.

Trick also said that he no longer eats p*ssy and likes to get his booty ate out too.

According to Trick Daddy, the “Eat a Booty” gang’s motto is “baby, lay down, we got you,” and is a clear reference to pleasing a woman in a way many men aren’t comfortable with. He even invites women to “eat him out” as well, saying he doesn’t have any kind of complex about it.

He continues, saying he didn’t understand why people tried to turn it into something homosexual and says that obviously wasn’t what he intended. Still, he has a sense of humor about it and doesn’t let the jokes get to him.

When it comes to ignoring critics, Trick says he’s never cared what other people had to say about him because he was raised in real situations and exposed to a lot at a young age, thickening his skin over time.