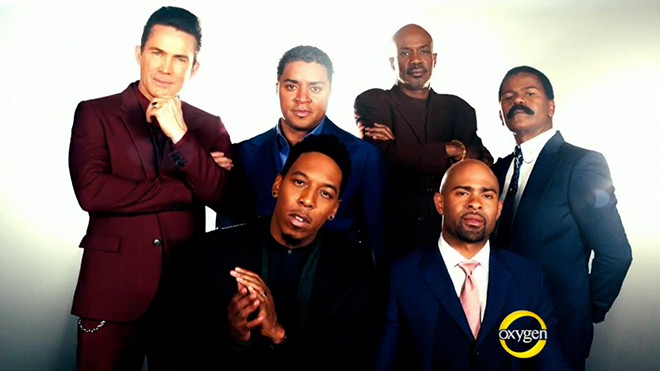 The “Preachers of L.A.” are back for another season of juggling church, family and their own humanity on Oxygen.

According to Oxygen, the show’s inaugural season, which aired last year and averaged over one million total viewers per episode, was the “most watched freshman series in network history.”

The network said the series had success on the digital front as well, with more full episode streams per week in season than any other Oxygen original series. “Preachers” was also a Top 10 most social cable reality program in October and November 2013, and on VOD, the show earned over two million transactions. #Winning!

Now, “the boys are back in town,” as the popular 70’s song song goes, and according to the press release, “Preachers of L.A.” Season 2 is “full of self-discovery and change with growing families and ministries, incredible women of strength beside them, and ever-changing relationships.”

Bishop Jones and Loretta’s relationship is still evolving, but Bishop Gibson and Lady LaVette’s strong convictions keep them from accepting the nature of their friends’ close bond, causing a devastating rift.

With his focus on ministry and not his personal life, Bishop Jones enlists the help of his fellow preachers to create an event that will positively impact the community of Los Angeles.

Meanwhile, after much turmoil, Deitrick and Dominique are now married and have a new addition to their family — but their marital bliss is short-lived when Pastor Jay accuses Deitrick of deceiving him at their wedding.

Family dynamics are also rocked when Pastor Jay and Christy’s relationship is put to the test as Pastor Jay struggles to forgive a family member for their past demons.

Bishop McClendon is focused on the expansion of his new ministry in Atlanta, but he is challenged when he must deal with every father’s fear — giving his daughter away to another man.

Pastor Wayne Chaney and First Lady Myesha must balance business with personal now that she is the newly appointed Executive Pastor of their church.

And while Myesha is feeling better than ever after getting healthy and shedding 40 pounds, the couple struggles with a life-altering decision about the future of their family.

The second season of Oxygen’s “Preachers of L.A.” premieres on Wednesday, August 20th at 10 p.m.

Watch the sneak peak trailer above! 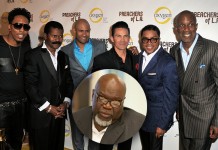 Bishop TD Jakes Rebukes Oxygen’s “Preachers of L.A.” In The Name Of Jesus!

LisaRaye and Her Preacher Boyfriend Are Heading To Reality TV