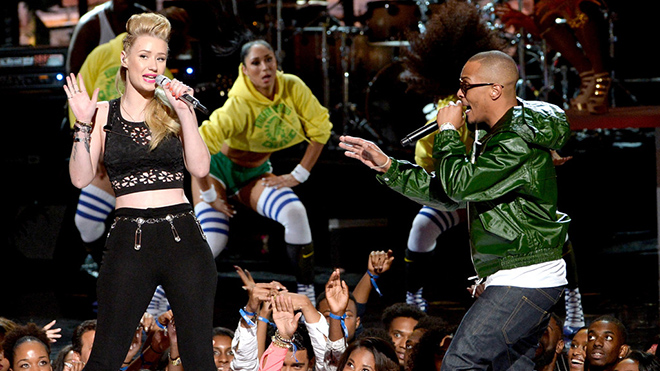 Chris Rock introduced T.I. at the 2014 BET Awards as the one of the best rappers in the world, and he proved why he’s one of the best by killing it on stage with a hot performance of “No Mediocre,” featuring his newest Hustle Gang artist Iggy Azalea.

T.I. then left the stage to let Hustle Gang’s First Lady do a solo performance of her No. 1 hit single “Fancy.”

I had fun with troubleman31 on stage tonight. Also – turn up keyshiacole & congratulations to all the… http://t.co/5khlzn5Rac

Watch T.I. & Iggy Azalea’s performances at the 2014 BET Awards above!