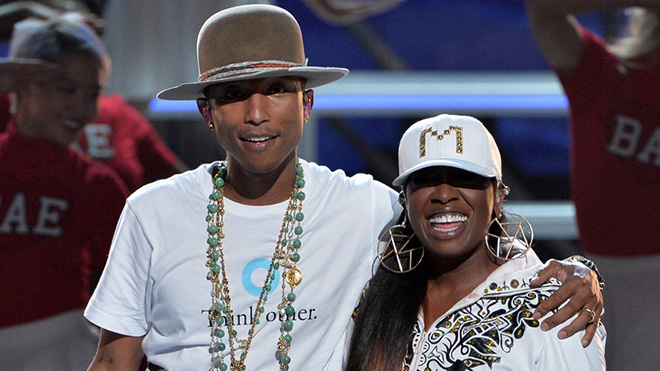 The 2014 BET Awards are underway in Los Angeles, and Pharrell Williams opened the show with a performance of his latest single “Come Get It Bae” featuring Missy Elliott!

“This is for Virginia,” Pharrell said with his University of Baes dancing behind him before he brought out the “empress of Virginia” Missy Elliott to perform her 2003 hit “Pass That Dutch.”