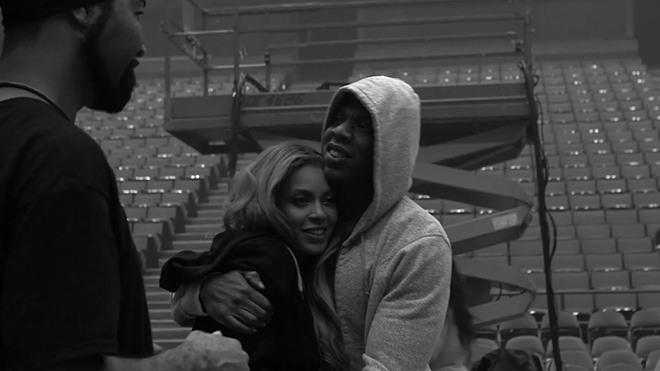 Go behind the scenes of Beyoncé & Jay Z‘s “On The Run Tour” in newly released video footage showing preparation for the superstar couple’s first concert Wednesday night (Jun 25) in Miami.

Look out for an appearance from Blue Ivy, who cheers her mom and dad on with the most adorable “Good job!” you’ll hear from a two-year-old.

Watch the footage above!