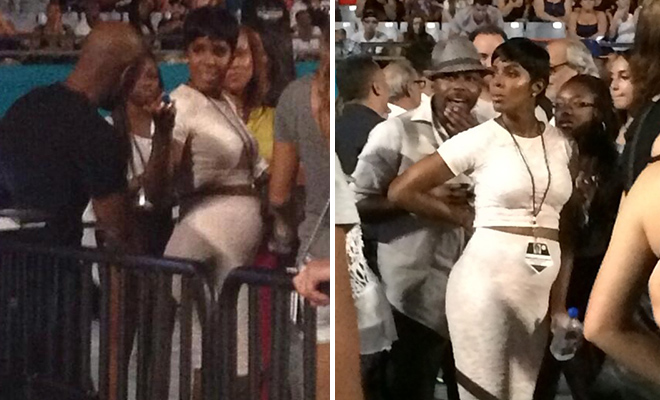 Beyoncé and Jay Z kicked off their “On The Run” stadium tour at Miami’s massive Sun Life Stadium Wednesday night (June 25), and among the 70,000+ spectators in the crowd taking in the show was Bey’s BFF and Destiny’s Child bandmate Kelly Rowland.

Rowland, who appeared alongside Beyoncé in Michelle Williams’ newly released “Say Yes” music video after cryptically announcing her pregnancy on Instagram, was spotted showing off her growing baby bump, rocking a white crop top and a tight pencil skirt.

Fans at the show snapped a few photos of the mom-to-be hanging out and greeting fans while watching the thrilling concert.

Check out the pics here: